Welcome to Virginia Water Radio (Episode 23) for the week of July 5, 2010. This week's show is hosted by Alan Raflo, research associate at the Virginia Water Resources Research Center, located at Virginia Tech in Blacksburg. Our show presents news and notices that relate to Virginia’s waters, from the Cumberland Gap to the Atlantic Ocean. 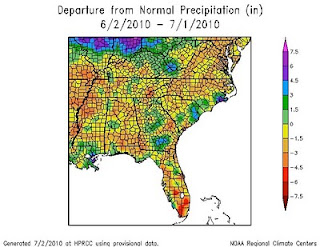 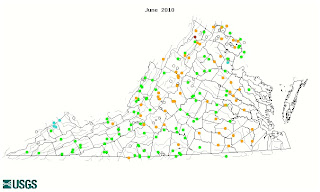 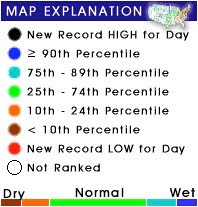 This week we featured a new mystery sound: The Green Frog
Despite the common name, this frog sometimes looks more brown than green. Green Frogs are found throughout Virginia and the southeastern United States, inhabiting streams, ponds, and lakes. A Green Frog’s breeding call is the sound you just heard, but these animals also make a characteristic squeak when jumping away from perceived danger. Information from Amphibians and Reptiles of the Carolinas and Virginia, by B.S. Martof et. al., University of North Carolina Press/Chapel Hill (1980); Atlas of Amphibians and Reptiles in Virginia, J.C. Mitchell and K.K. Reay, Virginia Department of Game and Inland Fisheries/Richmond (1999); and the “Frog and Toad Calling Survey” Web site of the Virginia Department of Game and Inland Fisheries, at http://www.dgif.virginia.gov/wildlife/frogsurvey/.

First, in government policy and regulatory meetings occurring between July 7-13.
Now, here are two upcoming events about Total Maximum Daily Loads, or TMDLs, for impaired waters:
Finally, in upcoming educational and recreational events:
Virginia Water Radio is a product of the Virginia Water Resources Research Center, which is solely responsible for the show’s content. Hosting and bandwidth for this podcast are also provided by the Water Center. We invite you to visit the center online at www.vwrrc.vt.edu.

Opinions expressed on this show are not necessarily those of the Water Center, Virginia Tech, or this station.

If you need more information about anything mentioned this week, call us at (540) 231-5463, or visit our web site at www.virginiawaterradio.org.