All Web addresses mentioned were functional as of 7-24-15.

From the Cumberland Gap to the Atlantic Ocean, this is Virginia Water Radio for the week of July 27, 2015.


That’s a sound you’re better off not hearing, except electronically.  Have another listen for about 15 seconds, and see if you know what kind of highly social—and at times highly aggressive and defensive—insects made these sounds.  And here’s a hint: if you see this kind of flashing yellow, don’t grab your jacket, just GO!


If you guessed yellow jackets, you’re right!  Those were the defenders of a nest hidden within a Blacksburg house’s wooden deck in June 2015.  Yellow jackets are among over 100,000 insect species worldwide considered to be a kind of wasp.  Many of these have “wasp” in their common name, such as paper wasps and spider wasps, while others don’t, like hornets or velvet ants.  But they share the trait of having part of their abdomen narrowed into the so-called “wasp waist,” allowing the abdomen to move in many directions.  Most wasp species, known as parasitoids, use this ability to insert their egg-laying organ, or ovipositor, onto or into other insects or plants, where the wasp lays one or more eggs.  The eggs develop into larvae that eat the host insect or plant, often from the inside out.  In contrast, the ovipositor of predatory wasps is modified into a venomous stinger, used to paralyze prey that is brought back to developing young in nests, including the elaborate paper-based nests f the social wasps—that is, paper wasps, yellow jackets, and hornets.

As a group, wasps connect to water both directly and indirectly.  Direct connections include some parasitoid wasps using dragonflies or other aquatic insects as hosts; mud daubers visiting wet areas to gather mud for nest-building; social wasps using watery saliva to turn plant materials into paper; and some social wasps fanning their wings to evaporate water in order to keep their nest from over-heating.  Indirectly, wasps influence the water uses and impacts of the wide variety of insects and other creatures that they parasitize or prey upon, including many species that are pests to humans.

Knowing that won’t make you feel better, though, if you get stung by a yellow jacket or other social wasp.  So keep away from known wasp nests, and if you do disturb one and defenders come after you, don’t stand and swat ‘em, just run, like this guy did: 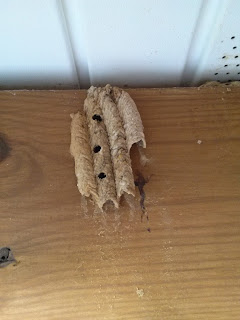 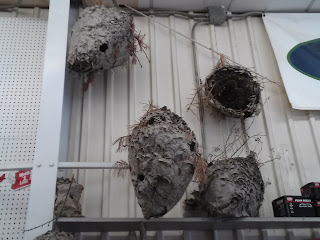 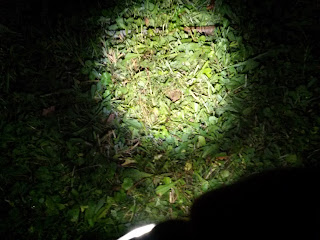 
The word “wasp” is believed to derive from a Germanic word for “weave,” related to social wasps’ nest construction.


“Do’s and Dont’s of Avoiding Stinging Wasps,” from the Oklahoma Cooperative Extension Publication EPP-7305 (see full citation below under Sources): Do Not use sweet-smelling colognes, perfumes, and hair sprays in wasp areas.


Do Not picnic, sit, or stand near trash cans, fallen fruit, or other wasp feeding sites.


Do Not swat or move rapidly when a wasp visits you or your food or drink; move slowly.


Do Not approach a nest; if you do disturb a nest, run away from attacking wasps.


Do cleanup food and drink refuse, clean trash cans, and fit them with a tight lid to reduce wasp visits.


Used for this Episode


For More Information about Wasps


University of California-Davis, “Pests of Homes, Structures, People, and Pets/Yellow Jackets and Other Social Wasps,” online at http://www.ipm.ucdavis.edu/PMG/PESTNOTES/pn7450.html.


For previous episodes on water-connections to insects, “Insects” category at the Index link (http://www.virginiawaterradio.org/p/index.html).


This episode may help with the following Virginia’s 2010 Science Standards of Learning (SOLs):


2.5 - living things as part of a system, including habitats.


BIO.8 - dynamic equilibria and interactions within populations, communities, and ecosystems; including analysis of the flora, fauna, and microorganisms of Virginia ecosystems.


Virginia’s SOLs are available from the Virginia Department of Education, online at http://www.doe.virginia.gov/testing/.
Posted by Alan Raflo at 4:30 PM