All Web addresses mentioned were functional as of 8-20-15.

From the Cumberland Gap to the Atlantic Ocean, this is Virginia Water Radio for the week of August 24, 2015.

This week, music from “The Oystermen’s Ball,” by Bob Michel of Pennsylvania, opens a two-episode exploration of the historical and current importance of the Eastern Oyster. Have a listen for about 40 seconds.

“The Oystermen’s Ball” was inspired by the history of oystering in the Delaware Bay. In that bay, in the Chesapeake Bay, and in other Atlantic and Gulf coast estuaries, the Eastern Oyster is a key bottom-dwelling organism, feeding on suspended algae and building reefs that support diverse ecological communities. For centuries in human coastal communities, oysters have been a source of food, income, materials, and cultural identity. Harvests from the Chesapeake region’s oyster beds sustained native peoples and then supported a large commercial industry during the 19th and 20th centuries, until overharvest, disease, pollution, and habitat loss drastically reduced the oyster population, taking much of the oyster industry along with it. Today, many efforts are underway to try to restore the Chesapeake’s oysters, including disease research, harvest regulation, watershed pollutant management, shell replenishment, and various kinds of aquaculture.

Why have oysters been so valuable for so long, even to the point of “Oyster Wars,” the term for nearly a century of conflict in the 1800s and 1900s over Chesapeake Bay oysters? Taste and versatility as a food are obvious reasons, but another is oysters’ high nutritional value as a protein. Proteins have many structures and perform countless functions, but one thing they all have in common is nitrogen in their basic architecture. Through filter-feeding on algae, which take up dissolved nitrogen, oysters concentrate the nitrogen into protein usable by humans. That nitrogen connection is one big reason why oysters are part of plans for restoring the Chesapeake’s overall aquatic health; and it’s the focus of our next episode.

Thanks to Bob Michel for permission to use this week’s music, and we close with another few seconds of “The Oystermen's Ball.”

MUSIC – 16 sec
For more Virginia water sounds, music, and information, visit us online at virginiawaterradio.org, or call us at (540) 231-5463. Virginia Water Radio is produced by the Virginia Water Resources Research Center, part of Virginia Tech’s College of Natural Resources and Environment. Thanks to Stewart Scales for his banjo version of Cripple Creek to open and close the show. In Blacksburg, I’m Alan Raflo, thanking you for listening, and wishing you health, wisdom, and good water.

"The Oystermen’s Ball," from the 2004 album of the same name, is copyright by Bob Michel, used with permission. More information on Mr. Michel's music is available online at http://www.bobmichel.com/. 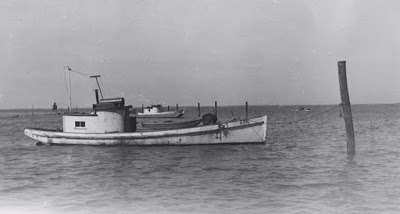 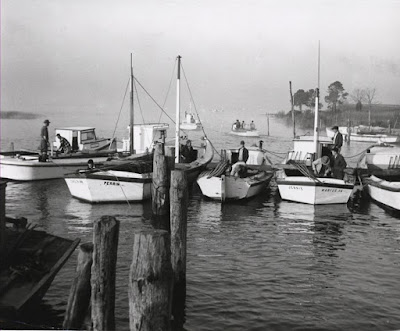 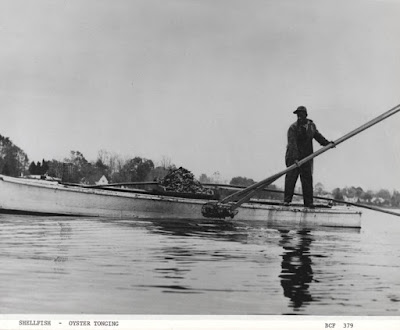 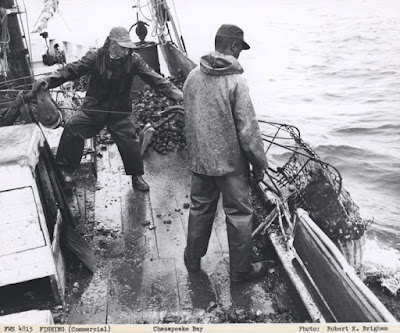 Listed below are some other episodes on subjects related to the Chesapeake Bay.

Virginia Water Radio episodes are listed by category at the Index tab above (http://www.virginiawaterradio.org/p/index.html).

Biology Course
BIO.2 – water chemistry and its impact on life processes.
BIO.8 - dynamic equilibria and interactions within populations, communities, and ecosystems; including nutrient cycling, succession, effects of natural events and human activities, and analysis of the flora, fauna, and microorganisms of Virginia ecosystems.

Virginia Studies Course
VS.2 – physical geography of native peoples, including how American Indians related to their environment to secure food, clothing, and shelter.
VS.4 – life in the Virginia colony.

World Geography Course
WG.2 - how humans influence the environment and are influenced by it.
WG.3 - how regional landscapes reflect the physical environment and the cultural characteristics of their inhabitants.
WG.6 - past and present trends in human migration and cultural interaction as influenced by social, economic, political, and environmental factors.
WG.7 - types and significance of natural, human, and capital resources.
WG.10 - cooperation among political jurisdictions to solve problems and settle disputes.

Virginia’s SOLs are available from the Virginia Department of Education, online at http://www.doe.virginia.gov/testing/.
Posted by Alan Raflo at 1:43 PM