Episode 305 (2-29-16): Checking on the Chesapeake with the Bay Barometer and Other Tools

All Web addresses mentioned were functional as of 2-26-16.

From the Cumberland Gap to the Atlantic Ocean, this is Virginia Water Radio for the week of February 29, 2016.

That’s the sound of a fog horn on the Chesapeake Bay Bridge near Annapolis, Maryland, helping ships navigate the Bay on February 29, 2012. Mariners on the Bay that stormy day probably kept an eye on a barometer to help assess the Bay’s current and coming weather conditions. Figuratively speaking, another kind of barometer—the Chesapeake Bay Program’s annual Bay Barometer report—helps scientists, government officials, and citizens assess the Bay’s ecological and water-quality conditions. The report also helps evaluate efforts to restore the Bay’s environmental health according to goals set in the 2014 Bay Watershed Agreement among the six Bay states, the District of Columbia, and the federal government. While a weather barometer measures air pressure, the Bay Barometer examines data on 11 factors related to water chemistry, aquatic organisms, or land uses. The most recent report was released on February 2, 2016, and it indicated good progress in some of the factors, such as the population of Blue Crabs and American Shad, and the opening of new public access sites; but less progress in other areas, such as in planting of streamside forest buffers or in wetlands restoration. The Bay Barometer is one of several reports and tools used to track Bay restoration efforts; others include the Chesapeake Bay Foundation’s “State of the Bay” reports, the University of Maryland’s Bay “Report Card,” and annual condition reports on Bay tributaries by various watershed organizations. The reports vary somewhat in the specific factors they consider, but each assessment aims to help answer a broad, complicated question: how’s the health of the Chesapeake Bay, the largest estuary in the United States.

We close with a tribute to estuaries in general, courtesy of “So What is an Estuary,” a video from the National Estuarine Research Reserve System, part of the National Oceanic and Atmospheric Administration, or NOAA.

The closing sounds were taken from “So What is an Estuary—So Now You Know,” (7 min./2 sec. video, 2003), provided for educational uses by the National Estuarine Research Reserve System (part of the National Oceanic and Atmospheric Administration, or NOAA). This video was used previously in Virginia Water Radio Estuaries Episode 120, 7/23/12. This and other videos are part of a video gallery at the System’s “Estuary Education” Web site, http://estuaries.noaa.gov/Default.aspx, which includes many other resources for learning and teaching about estuaries. 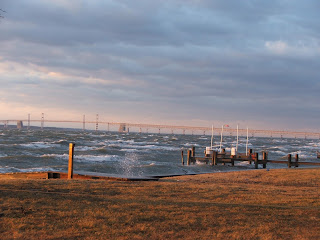 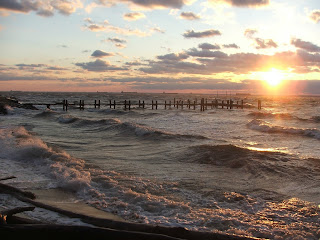 EXTRA FACTS NOT IN AUDIO

On the Chesapeake Bay Program

On the Bay Barometer

The Bay Barometer report released on February 2, 2016, covers data from 2014-15.  The 11 factors used in the Chesapeake Bay Program’s “Bay Barometer” are the following:

On the Bay Watershed in Virginia

In the Atlantic Ocean watershed – All of the river basins in the Chesapeake Bay watershed, plus Albemarle Sound Coastal, Atlantic Ocean Coastal, Chowan River, Roanoke River, and Yadkin River.

Chesapeake Bay Foundation, “State of the Bay 2014” online at http://www.cbf.org/about-the-bay/state-of-the-bay-report-2014).

For More Information about Estuaries

Some Other Bay Tributary Conditions Reports

All Water Radio episodes are listed by category at the Index link above (http://www.virginiawaterradio.org/p/index.html). For episodes on the Chesapeake Bay or other specific water bodies in Virginia, please see the “Rivers, Streams, and Other Surface Water” category.

Virginia’s SOLs are available from the Virginia Department of Education, online at http://www.doe.virginia.gov/testing/.
Posted by Alan Raflo at 4:16 PM