All Web addresses mentioned were functional as of 9-22-17.

From the Cumberland Gap to the Atlantic Ocean, this is Virginia Water Radio for the week of September 25, 2017.

This week, following the recent September 22 arrival of astronomical fall, we feature a fiddle tune named for a water-related weather event that will mark a meteorological fall turning point when it occurs across the Commonwealth in October or November.  Have a listen for about 25 seconds.

You’ve been listening to part of “Cold Frosty Morn’,” performed here by the western Virginia band New Standard.  One of the eventual consequences of summer’s end is the end of the growing season, marked by the first significant freeze, when temperatures fall to about 28 degrees Fahrenheit or below.  That event, often called a “killing frost,” typically occurs in mid-to-late October in western Virginia, early-to-mid November east of the Blue Ridge, and mid-to-late November in some Virginia coastal areas.

Generally, frost forms when water vapor in the air contacts plants, windows, cars, or other solid objects at a temperature of 32 degrees or less.  Some specific kinds of frost include radiation frost, also called hoarfrost, occurring when surface objects are cooled by radiating their heat; advection frost, occurring when surfaces are cooled by winds; and rime, a dense type of frost that forms when supercooled liquid water in fog or clouds contacts solid surfaces, such as trees, radio towers, or ships on winter seas.

Frost seems far away on Virginia’s mild, late September days.   But to paraphrase a comment about truth from the poem “Birches,” by Robert Frost, frost-producing weather will soon break in with all of its matter-of-fact.

Thanks to New Standard for permission to use this week’s music, and we close with a few more seconds of “Cold Frosty Morn’.”

For more Virginia water sounds, music, and information, visit us online at virginiawaterradio.org, or call us at (540) 231-5463. Virginia Water Radio is produced by the Virginia Water Resources Research Center, part of Virginia Tech’s College of Natural Resources and Environment. Thanks to Ben Cosgrove for his version of “Shenandoah” to open and close the show. In Blacksburg, I’m Alan Raflo, thanking you for listening, and wishing you health, wisdom, and good water.

The performance of “Cold Frosty Morn’” heard here is copyright by New Standard, from the 2016 album “Bluegrass,” used with permission. More information about New Standard is available online at http://newstandardbluegrass.com. 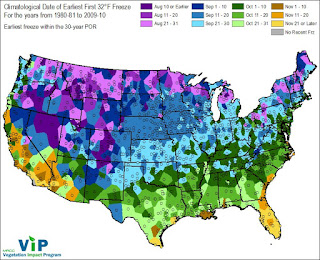 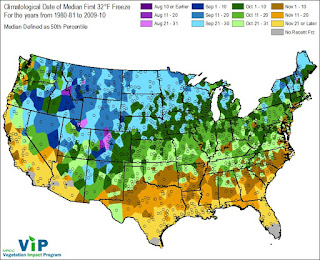 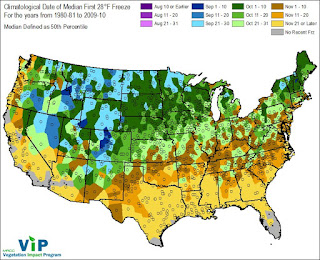 SOURCES USED IN AUDIO AND OFFERING FOR MORE INFORMATION

Robert Frost, The Poetry of Robert Frost, Edward Connery Lathem, ed., Holt, Rineheart and Winston, New York, 1969.  The quote to which this episode refers, from “Birches” on page 121, is the following:
“But I was going to say when Truth broke in
With all her matter of fact about the ice storm….”

National Climatic Data Center, “Climatography of the U.S. No. 20, Supplement No. 1/Freeze/Frost Data,” online at http://www.crh.noaa.gov/Image/oun/climate/freeze/freezefrost.pdf.

National Geographic Society, “The Rime of the Ancient Mariner,” online at https://www.nationalgeographic.org/media/rime-ancient-mariner/.

All Water Radio episodes are listed by category at the Index link above (http://www.virginiawaterradio.org/p/index.html). See particularly the “Science” and “Weather” subject categories.

Grades K-6 Matter Theme
6.5 – properties and characteristics of water.
6.6 – Properties of air (including pressure, temperature, and humidity) and structure/dynamics of earth’s atmosphere, including weather topics.

The episode may also help with the following Virginia 2015 Social Studies SOL: