All Web addresses mentioned were functional as of 9-18-15.

From the Cumberland Gap to the Atlantic Ocean, this is Virginia Water Radio for the week of September 21, 2015.

This week’s episode is especially for some of Virginia’s youngest science students: those in kindergarten.  We’ll use water sounds to learn about differences between living things and non-living things.

To start, have a listen to two watery mystery sounds, and see if you know which one’s living and which one’s non-living.  Here goes!

The first sound was a beaver slapping its tail on water – living!  The second sound was water flowing in a river – non-living!  But both the beaver and the water were moving, weren’t they?  So moving, by itself, isn’t enough to tell us what’s living and what’s non-living.  Let’s hear some other sounds to learn about more about living things.  Ready?

That’s the sound of frogs in spring looking for mates to produce frog eggs, which hatch into tadpoles and then become new adult frogs.  So part of living is producing new living things in a life cycle.  Ready for the next one?

That’s the sound of baby pelicans, before they grow into adult birds.   So growth is part of living.  Ready for another?

That’s a mosquito buzzing around someone in the insect’s surroundings, or its environment.  And if you hear that sound in your environment, you’ll probably do something, like swat at the insect.  So doing things in response to one’s environment is part of living.  And here’s the last one:

That’s the sound of a whale surfacing to get air.   Living things need air, water, and food in order to keep living.

Now, here’s a riddle for you – what do you do every day that makes something non-living become part of something living?  And here’s a sound hint:

When you drink water, that non-living water becomes part of the living you!

Let’s close with four more water sounds, and see if you can tell what’s living and what’s non-living.  Thanks for listening, and good luck!

The mosquito sound was recorded by user Zywx and made available for public use on Freesound.org, online at https://www.freesound.org/people/Zywx/sounds/188708/, under Creative Commons License 0 (public domain).  For more information on Creative Commons licenses, please see http://creativecommons.org/.  Mosquitoes were part of the subject of Virginia Water Radio Episode 259 (3-30-15). 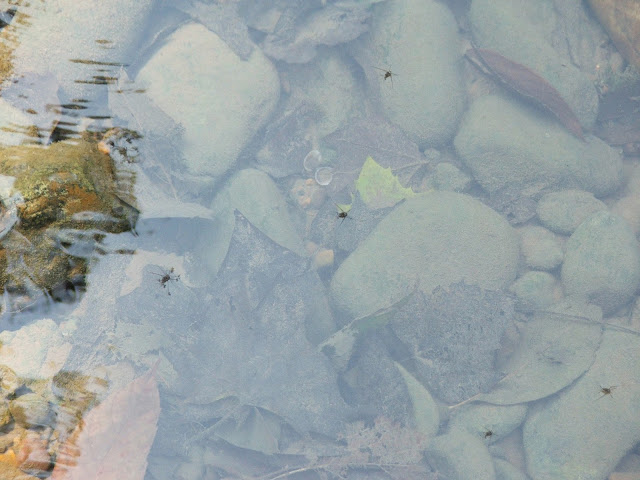 Utah State Office of Education, “Are You Among the Living or the Nonliving?”; available online at http://utahscience.oremjr.alpine.k12.ut.us/sciber06/3rd/Stand_2/html/2_1c.htm (designed for grade 3).

The following episodes were written especially for certain science subjects and grade levels in Virginia:

Many other episodes cover topics that Virginia K-12 science students study.  All episodes are listed by category at the Index link above (http://www.virginiawaterradio.org/p/index.html).

This episode is intended to help specifically with the following Virginia 2010 Science Standard of Learning (SOL):

K.5 – differences between living organisms and non-living objects; key characteristics of living organisms include growth, movement, response to the environment, having offspring; and need for food, air, and water.

The episode may also apply to the following other Science SOLs: