All Web addresses mentioned were functional as of 9-16-16.

From the Cumberland Gap to the Atlantic Ocean, this is Virginia Water Radio for the week of September 19, 2016.

This week, that sound of the James River at Lynchburg sets the stage for a Virginia rivers quiz. I’m going to ask six questions about six of Virginia’s major rivers, and after you get a few seconds to consider each question, I’ll give you the answer with a musical selection about the correct river. Here are the musical selections for the different rivers:
“All Quiet Along the Potomac Tonight,” played by Chloe Benner and Stewart Scales [MUSIC - ~ 6 sec];
“James River Blues,” by Old Crow Medicine Show [MUSIC - ~ 3 sec];
“Rappahannock Running Free,” by Bob Gramann [MUSIC - ~ 5 sec];
“Shenandoah,” played by Timothy Seaman [MUSIC - ~ 6 sec];
“Banks of New River,” by Whitetop Mountain Band [MUSIC - ~ 6 sec];
and for the Clinch River, “Clinch Mountain Quickstep” by Timothy Seaman [MUSIC - ~ 4 sec].

Now the quiz begins!
Question 1: Name the river whose main stem is NOT actually in Virginia. [SHORT SILENCE THEN MUSIC – ~ 5 sec - “All Quiet Along the Potomac”] That’s the Potomac River, which is part of Maryland.

Question 2: Which of the rivers mentioned has its entire drainage area, or watershed, within Virginia? [SHORT SILENCE THEN MUSIC – ~ 4 sec - “Rappahannock Running Free”] The answer is the Rappahannock River. Some might have said the James, but a small part of its headwaters is in West Virginia.

Question 3: Which Virginia river has the largest watershed? [SHORT SILENCE THEN MUSIC – ~ 4 sec - “James River Blues”] This time the answer IS the James River, whose watershed covers over 10,000 square miles in Virginia.

Question 4: What’s the longest river in Virginia, counting only each river’s main stem, not all of the tributaries? [SHORT SILENCE THEN MUSIC – ~ 4 sec - “James River Blues”] Once again, it’s the James, whose main stem travels about 340 miles.

And last, question 6: What river flows southwesterly into Tennessee? [SHORT SILENCE THEN MUSIC – ~ 6 sec – “Clinch Mountain Quickstep”] That’s the Clinch River, one of several rivers in southwestern Virginia flowing toward the Volunteer State in the Tennessee River watershed.

If you’re thinking that this short quiz left out some major Virginia rivers, you’re right! Other main rivers in the Commonwealth are the Holston, Roanoke, and York. And parts of Virginia drain into rivers or other water bodies in other states, including the Big Sandy River that forms the border between Kentucky and W.Va.; the Yadkin and Chowan rivers in North Carolina; and Albemarle Sound on North Carolina’s coast.

Thanks to all the musicians mentioned for permission to use their music. And we close with another musical excerpt, one that’s fitting for the activity you just did: “Exploring the Rivers” by Timothy Seaman.

“Rappahannock Running Free,” by Bob Gramann, is from the 2008 album, “Mostly Live,” copyright by Bob Gramann, used with permission; This music was featured in Virginia Water Radio Episode 71 (7/11/11). More information about Bob Gramann is available online at http://www.bobgramann.com/. 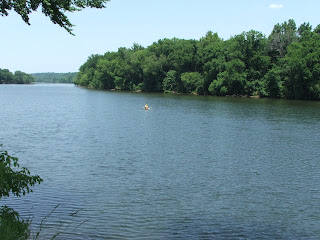 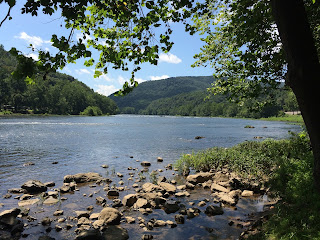 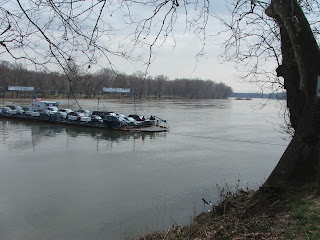 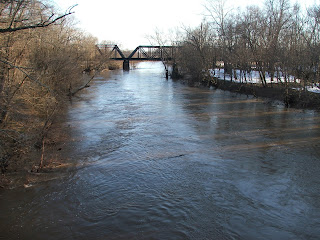 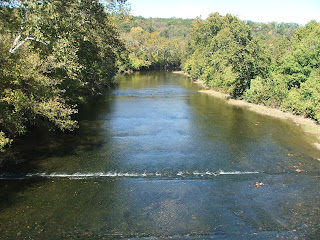 SOLS INFORMATION FOR VIRGINIA TEACHERS
This episode may help with the following Virginia’s 2010 Science Standards of Learning (SOLs):