Episode 333 (9-12-16): Dissolved Gases are Part of the Solution for Creatures Living in Water

All Web addresses mentioned were functional as of 9-9-16.

From the Cumberland Gap to the Atlantic Ocean, this is Virginia Water Radio for the week of September 12, 2016.

This week, we have a special episode written just for Virginia’s fifth-grade science students, about solutions, gases, and aquatic systems.

That was the sound of shaking, then opening, a bottle of soda, creating lots of bubbles and fizzing. Sodas are a solution mostly of water, sugar, and carbon dioxide, a gas dissolved in water that bubbles out when you shake the soda. Where else might you find gases dissolved in water? For one answer, have a listen to this sound.

That was the sound of gas bubbles rising from the bottom of a pond. The water in ponds, lakes, streams, rivers, and the oceans contains several kinds of dissolved gases. If you lived in water, what do you think would be the most important dissolved gas for you? Here’s a guest voice to help you with the answer.

Oxygen is required by most living things, and those that live in water depend on oxygen dissolved in the water. The number you heard—6.6 milligrams per liter—was the amount of dissolved oxygen in each liter of water measured in the James River near Jamestown on September 9, 2016, according to the Chesapeake Bay Interpretive Buoy system. Different aquatic organisms need different levels of dissolved oxygen, but almost all—except certain microorganisms—require some level. The amount of dissolved oxygen is one of the most important indicators of water quality and the overall health of many water bodies, including the Chesapeake Bay.

Finally, here’s a question for you to answer on your own. People can stir drinks to help make chocolate or other substances dissolve, but what kinds of natural processes stir water bodies to help oxygen and other gases mix with the water and dissolve? We close with three more sounds that should help you find a solution to that question.

SOUNDS - ~22 sec – [Note to teachers: The processes heard here are wind, waves, and river flow over a rapids. Other ways that oxygen and other gases get mixed and dissolved into water bodies are photosynthesis and groundwater (where groundwater represents a large input to stream flow).]

Thanks to Kevin McGuire and Daniel McLaughlin, both with Virginia Water Resources Research Center and the Virginia Tech Department of Forest Resources and Environmental Conservation, for their help with this episode.

The audio of a dissolved oxygen measurement was recorded from a phone call on September 9, 2016, to the National Oceanic and Atmospheric Administration (NOAA), Chesapeake Bay Interpretive Buoy System, online at http://buoybay.noaa.gov/observations/parameters-measured; 877-BUOY BAY (877-286-9229).

The wave sounds were recorded at the Chesapeake Bay on Kent Island, Maryland, June 22, 2010.

The stream flow sounds were recorded at the South Fork Roanoke River near Elliston, Va. (Montgomery County), on August 23, 2012. 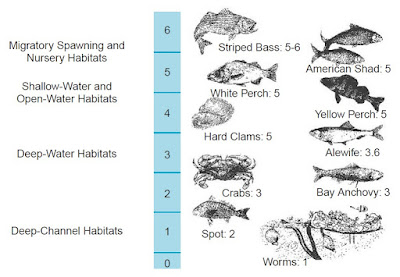 Chart of the minimum dissolved oxygen levels (in milligrams per liter) required by some common aquatic animals in the Chesapeake Bay. Image from the Chesapeake Bay Program, “Dissolved Oxygen,” online at http://www.chesapeakebay.net/discover/bayecosystem/dissolvedoxygen. 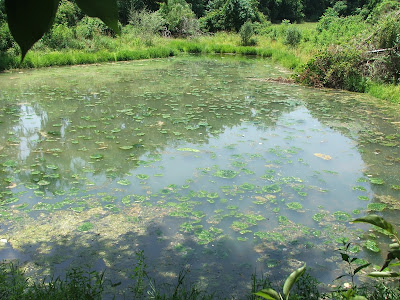 Excessive growth of algae, such as on this pond in Leesburg, Va. (Loudoun County) in June 2010, can result in low dissolved oxygen levels at night (when the algae, like animals, use oxygen for respiration) or when the algae die and bacteria use oxygen as they decompose the algae. The Chesapeake Bay, Gulf of Mexico, and other many other water bodies typically experience seasonal patterns of excessive algae growth—generated by inputs of the nutrients nitrogen or phosphorus—that may lead to areas where the dissolved oxygen is too low for some period of time to support most aquatic life (so called “dead zones”). 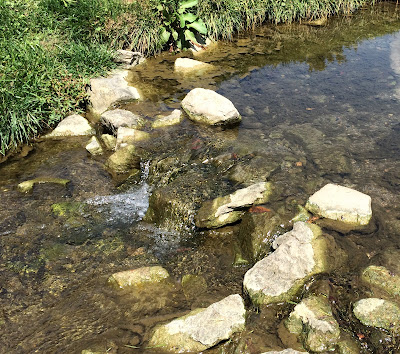 
SOURCES USED IN AUDIO AND FOR MORE INFORMATION

Encyclopedia Britannica, “Anaerobe,” online at https://www.britannica.com/science/anaerobe. (“Anaerobe” is the term for organisms that can live without oxygen.)

National Oceanic and Atmospheric Administration (NOAA)/National Ocean Service, “What is a dead zone?”, online at http://oceanservice.noaa.gov/facts/deadzone.html.

National Oceanic and Atmospheric Administration/University of Maryland Center for Environmental Science, “Breath of Life—Dissolved Oxygen in the Chesapeake Bay,” May 2007, online (as PDF) at http://www.eco-check.org/pdfs/do_letter.pdf.

VocabularySpellingCity.com, “Fifth Grade Science Vocabulary,” online at http://www.spellingcity.com/5th-grade-science-vocabulary.html.   (The site also has vocabulary for other grade levels and for other subjects.)

This episode is targeted specifically for the following Virginia 2010 Science Standard of Learning (SOL) for 5th Grade:

Matter Theme
5.4 – Matter occurs as a solid, liquid, or gas; distinguishing properties of each phase; effect of temperature; “mixtures including solutions.”

The episode also may help with the following other Virginia Science SOLs:

K-6 Living Systems Theme
2.5 – Living things are part of a system; interdependence of living and non-living things.
4.5 – Plant and animal interactions with the non-living components of the ecosystem.

K-6 Matter Theme
1.3 – How common materials interact with water.
2.3 – Basic properties of solids, liquids, and gases.
6.5 – Unique properties of water – water as a solvent; water in all three phases.
6.6 – Properties of air and atmosphere – air as a mixture of gases.

Virginia’s SOLs are available from the Virginia Department of Education, online at http://www.doe.virginia.gov/testing/.
Posted by Alan Raflo at 10:49 AM