All Web addresses mentioned were functional as of 9-23-16

From the Cumberland Gap to the Atlantic Ocean, this is Virginia Water Radio for the week of September 26, 2016.

This week, we feature music and mystery sounds, about a creature whose calls and migratory flights are well-known signs of seasonal change.  Have a listen for about 25 seconds, and see if you can guess this long-necked creature.

If you guessed geese, you’re right!  You heard the sounds of the Canada Goose, along with “Geese Piece,” music composed especially for this episode by Torrin Hallett, a student at Oberlin College and Conservatory in Oberlin, Ohio.  The Canada Goose is found particularly near shallow water bodies with good supplies of plant food.  It’s the most widespread of seven goose species that breed in North America, six of which occur at least occasionally in Virginia.  Within the Canada Goose species, scientists recognize at least 10 subspecies, varying in size, color, and breeding location.  As the name implies, many Canada Geese migrate to Canada, or the Arctic, for summer breeding, flying in characteristic V-shaped flocks that, for some people, symbolize seasonal turning points.  For example, in the book Life in the Chesapeake, authors Alice and Robert Lippson remark that “the early fall arrival of the Canada goose...heralds the oncoming winter like no other species in the Bay.”

From its traditional northern breeding areas, however, Canada Goose populations have spread south, with nesting populations now in all 48 continental states.  These populations, including those in Virginia, take advantage of food and water in agricultural areas and increasingly in city parks and ponds, where large numbers of resident geese can cause problems for human visitors, aquatic habitats, and smaller waterfowl.  High above, though, in fall and spring, this big bird’s flying formations and distant honking still alert humans to change in the air.

“Geese Piece” is copyright 2016 by Torrin Hallett, used with permission.  Many thanks to Torrin, a fourth-year horn performance, music composition and math major at Oberlin College and Conservatory in Oberlin, Ohio, for composing the piece especially for Virginia Water Radio.”  More information about Torrin is available at his Web site, http://www.torrinjhallett.com/. 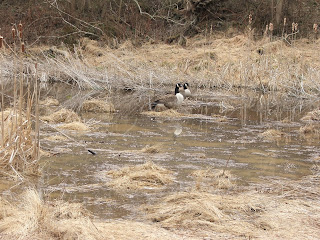 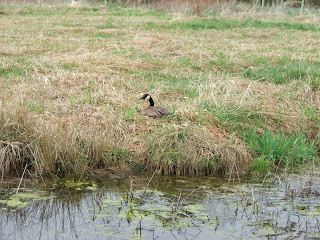 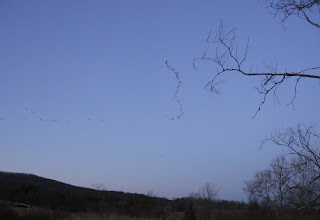 EXTRA FACTS ABOUT GEESE IN VIRGINIA

According to the Virginia Department of Game and Inland Fisheries (VDGIF) “Fish and Wildlife Information Service,” online at http://vafwis.org/fwis/?Menu=Home.Species+Information, the following geese species and subspecies occur in Virginia, at least occasionally. The name of each species is hyperlinked to additional information from VDGIF. Scientific names are in parentheses.

Cornell University Lab of Ornithology and the Audubon Society, “eBird” Web site at http://ebird.org/content/ebird/.  Here you can find locations of species observations made by contributors, and you can sign up to contribute your own observations.

Virginia Society of Ornithology, online at http://www.virginiabirds.net.  The Society is non-profit organization dedicated to the study, conservation, and enjoyment of birds in the Commonwealth.

Xeno-canto Foundation Web site at http://www.xeno-canto.org/.  The site provides bird songs from around the world.

All Water Radio episodes are listed by category at the Index link above (http://www.virginiawaterradio.org/p/index.html). See particularly the “Birds” category.

Virginia’s SOLs are available from the Virginia Department of Education, online at http://www.doe.virginia.gov/testing/.
Posted by Alan Raflo at 10:31 AM