All Web addresses mentioned were functional as of 2-21-20.

From the Cumberland Gap to the Atlantic Ocean, this is Virginia Water Radio for the week of February 24, 2020.

This week, that music by a Fredericksburg, Va., singer/songwriter opens an episode about a familiar and fascinating group of reptiles that are found in habitats from mountain bogs to the open oceans.  Have a listen to the music for about 25 more seconds, and see if know this group of creatures.  And you won’t need a hint, even though this is a shell game.

If you guessed turtles, of course you’re right!  You heard part of “Turtles Don’t Need No 401-K,” a light-hearted comparison between turtle life and modern human life, by Bob Gramann, from his 1995 album, “Mostly True Songs.”  Over 50 species of turtles, including certain species called tortoises or terrapins, are native to the United States and its coastal waters.  Current classification lists 22 species and some subspecies native to Virginia, with another four non-native species or subspecies having been introduced into the Commonwealth.

Except for the familiar Woodland Box Turtle, all of Virginia’s turtles require habitats that are at least partially aquatic.  There are semi-aquatic species, like the Bog Turtle and Wood Turtle; freshwater species, like Pond Sliders and River Cooters; the estuarine Diamondback Terrapin; and five species of sea turtles.  Turtles’ most characteristic feature, their shell, is used for defense but also to retain moisture.  Most turtles are omnivores, feeding both on plants and animals. Some kinds, such as River Cooters, are primarily plant-eaters, while others, like the Snapping Turtle, are primarily carnivores; and food habits can change seasonally and between young and adult turtles.  As a group, turtles are known for basking in the sun to warm their bodies for activity or metabolism; for long lives, as much as 100 years or more; and for migrations, whether a mile or so for some species, or the thousands of miles traveled by Sea Turtles.

The southeastern United States, including Virginia, is one of the world’s greatest areas of turtle diversity.  From woods and wetlands, to rivers, to the seas, these unique creatures fill roles in ecosystems, spark scientific curiosity, and generate stories in folklore, popular culture, and music.

Thanks to Bob Gramann for permission to use this week’s music, and we close with about 10 more seconds of “Turtles Don’t Need No 401-K.”

“Turtles Don’t Need No 401-K,” from the 1995 album “Mostly True Songs,” is copyright by Bob Gramann, used with permission.  More information about Bob Gramann is available online at http://www.bobgramann.com/.  This song was also featured in Virginia Water Radio Episode 123, 8-13-20 (on reptiles generally). 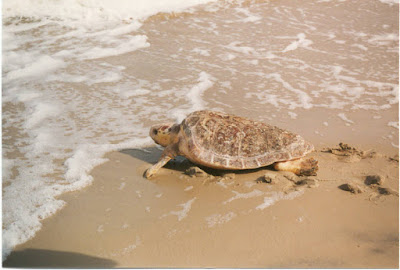 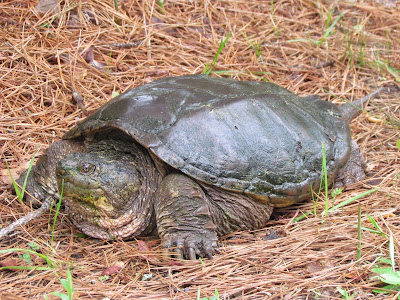 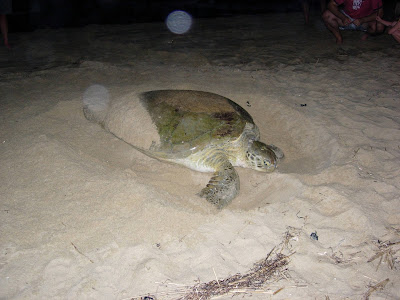 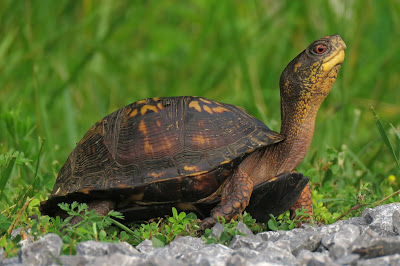 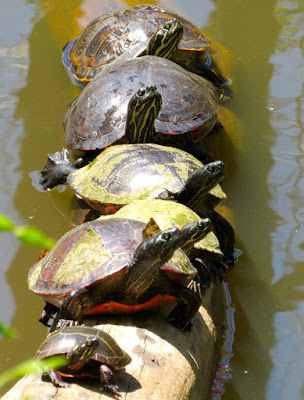 (At left) Turtles in the historic Rappahannock River Canal in Fredericksburg, Va., April 27, 2018.  Photo by David Cox, used with permission.

EXTRA INFORMATION ABOUT TURTLES IN VIRGINIA

Following are turtle species and subspecies known to occur in Virginia, as of February 2020. This list is a composite of the lists from three sources:

Species Not Native to Virginia But Introduced by Humans

For More Information about Turtles and Other Reptiles

All Water Radio episodes are listed by category at the Index link above (http://www.virginiawaterradio.org/p/index.html).  See particularly the “Reptiles “subject category.

Following are links to other episodes with information on turtles.