Unless otherwise noted, all Web addresses mentioned were functional as of 9-25-20.

From the Cumberland Gap to the Atlantic Ocean, this is Virginia Water Radio for the week of September 28, 2020.  This episode is a revised repeat of an episode from September 2012.

This week, we feature a traditional tune about a prominent geographic feature found at the southwestern tip of Virginia and at the top of each Virginia Water Radio episode.  Have a listen for about 20 more seconds.

You’ve been listening to part of “Cumberland Gap,” performed by Dwight Diller and Timothy Seaman on the 2004 album “Virginia Wildlife,” done in collaboration with the Virginia Department of Game and Inland Fisheries, which is now the Department of Wildlife Resources.

The tune, dating at least from the Civil War and widely recorded, refers to the gap in Cumberland Mountain at the far southwestern tip of Lee County, Virginia, where Virginia, Kentucky, and Tennessee meet.  That gap is the focal point of the Cumberland Gap National Historical Park, preserving what the National Park Service calls “the first great gateway to the west.”

For many centuries, the gap provided passage through the mountains for native peoples.  After European settlement, it was the opening through which hundreds of thousands of people took the Wilderness Road from Virginia to Kentucky and other western territories.  For millions of years before those human passages, geology, water, wind, and perhaps the impact of a meteorite were causing the erosion that eventually formed a key pathway over the imposing mountains of the Appalachian chain.

According to a National Park Service video about the Cumberland Gap park, quote, “Along more than 70 miles of trails, those who explore are rewarded with groves of hemlock, fields of wildflowers, meadows of rhododendron and fiddle ferns, and the chance to experience the legacy traced by bison, traveled by Cherokee and Shawnee, and crossed by explorers and pioneers on their way to transform a nation,” unquote.

Thanks to Timothy Seaman for permission to use this week’s music, and we close with about 10 more seconds of “Cumberland Gap.”

The version of “Cumberland Gap” heard in this episode, from the 2004 album “Virginia Wildlife,” is copyright 2004 by Timothy Seaman and Pine Wind Music, used with permission.  This music was used previously by Virginia Water Radio in Episode 229, 9-1-14.  More information about Mr. Seaman is available online at http://www.timothyseaman.com/.  The “Virginia Wildlife” album was a collaboration between Mr. Seaman and the Virginia Department of Game and Inland Fisheries, which is now the Virginia Department of Wildlife Resources. 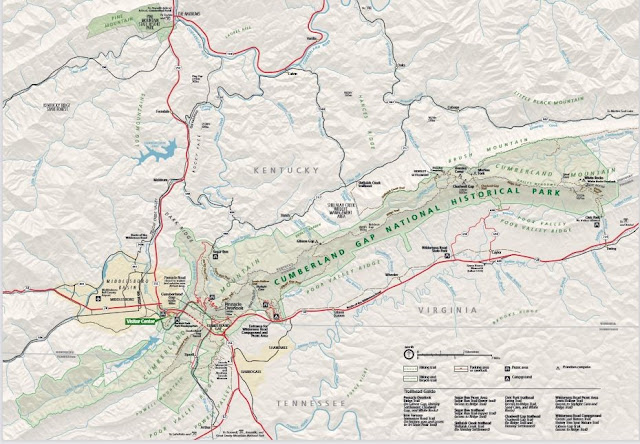 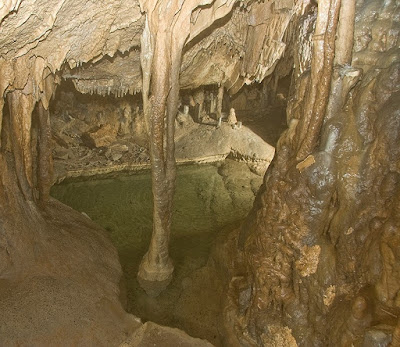 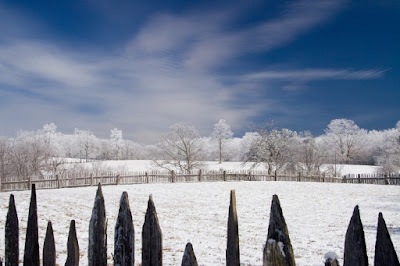 National Park Service, “Cumberland Gap National Historical Park,” online at http://www.nps.gov/cuga/index.htm, 8/27/12.  This site includes an 11 min./39 second video; that video is the source of the quote in this Virginia Water Radio episode.

All Water Radio episodes are listed by category at the Index link above (http://www.virginiawaterradio.org/p/index.html).  See particularly the “History” and the “Rivers, Streams, and Other Surface Water” subject categories.

Following are links to some other episodes on Virginia geography.

Grades K-6 Matter Theme
6.5 – properties and characteristics of water and its roles in the human and natural environment.

Virginia Studies Course
VS.1 – impact of geographic features on people, places, and events in Virginia history.
VS.2 – physical geography and native peoples of Virginia past and present.
VS.5 – role of Virginia in the American Revolution.
VS.6 – role of Virginia in establishment of the nation (including migration of Virginians into other states in 1800s).
VS.10 – knowledge of government, geography, and economics in present-day Virginia.

United States History to 1865 Course
USI.2 – major land and water features of North America, including their importance in history.
USI.3 – early cultures in North America.
USI.8 – westward expansion and reform in American from 1801—1861.

World Geography Course
WG.2 – how selected physical and ecological processes shape the Earth’s surface, including climate, weather, and how humans influence their environment and are influenced by it.
WG.3 – how regional landscapes reflect the physical environment and the cultural characteristics of their inhabitants.
WG.5 – regions of United States and Canada.
WG.15 – past and present trends in migration and cultural diffusion, including effects of environmental factors.