Unless otherwise noted, all Web addresses mentioned were functional as of 10-2-20.

From the Cumberland Gap to the Atlantic Ocean, this is Virginia Water Radio for the week of October 5, 2020.  With Major League Baseball in the midst of its playoffs for a coronavirus-affected season, we revisit a baseball-related episode from October 2015.

Yogi Berra, the great New York Yankees catcher who died in September 2015, is legendary for his baseball accomplishments, his honesty and integrity, and—not least—his odd but insightful sayings known as Yogi-isms.  He’s not known for any water connections, but, nevertheless, the Yogi-ism you heard—“When you come to the fork in the road, take it.”—does say something about waterways.  Sound far-fetched?  Even, shall we say, out in left field?  Well, just have a listen for about 20 seconds to this line-up of forks in Virginia’s water geography.

Waterway forks, or the tributaries of larger waterways, are part of the system of branches that collect and channel water moving across a landscape and within a watershed.  The smallest forks—like Left Fork Coal Creek—are headwater streams that, despite their size, have important physical, chemical, and biological roles within a watershed.  The largest forks—like the North and South forks of the Shenandoah River—can be well-known, defining features of a watershed and its region.  While many land settlements have “fork” in their name because roads meet there, sometimes those roads and the settlements they serve originated with forking waterways.  For example, English explorers of the James River in the 1600s came upon the Rivanna River confluence and named the location Point of Forks; today the area is the Fluvanna County town of Columbia.  On a larger scale, during the 1700s much of the Ohio River Valley was Virginia territory, and the location known as the Forks of the Ohio was a focal point for Ohio Valley travel and industry; today that location is Pittsburgh.

Thanks to several friends in Blacksburg for lending their voices to this episode, and a special thanks to the St. Louis Sports Hall of Fame for permission to use the recording of Yogi Berra, from their 2009 video tribute upon Mr. Berra’s induction.  Thanks finally to Yogi Berra for his remarkable influence he had on American sports, culture, and language, relevant even to waterways.

The recording of Yogi Berra was from a video produced by the St. Louis Sports Hall of Fame on the occasion of Mr. Berra’s induction in 2009.  Thanks to Ron Jacober, historical consultant, and Greg Maracek, president, for granting permission to use an excerpt of the video, which is available online at https://www.youtube.com/watch?v=-cDabcSfIZA.  For more information about the St. Louis Sports Hall of Fame, please see their Web site at https://www.stlouissportshalloffame.com/. 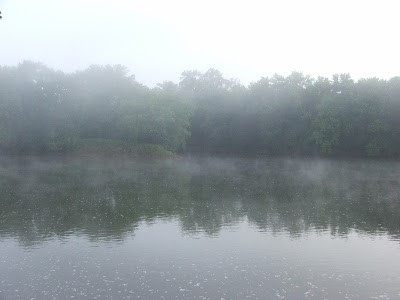 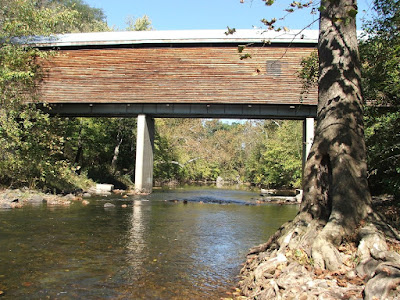 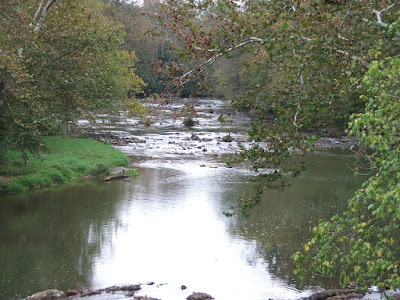 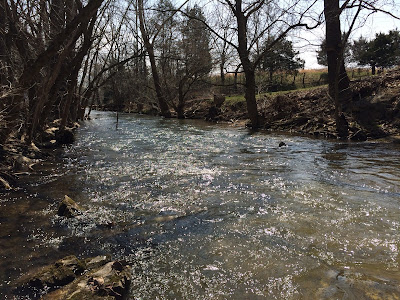 EXTRA INFORMATION ABOUT WATER FORKS, OR TRIBUTARY WATERWAYS, IN VIRGINIA

All of Virginia’s water “forks” are tributaries of some larger stream and are part of that larger waterway’s watershed, or basin.

Three large watersheds contain, collectively, all of Virginia’s lands and waterways: the Chesapeake Bay, Atlantic Ocean, and Gulf of Mexico.  Within those large watershed, Virginia’s major river basins are as follows, according to the Virginia Department of Conservation and Recreation (DCR, onlne at http://www.dcr.virginia.gov/soil_and_water/hu.shtml#rivbas).

In the Atlantic Ocean watershed – All of the river basins in the Chesapeake Bay watershed, plus Albemarle Sound Coastal, Atlantic Ocean Coastal, Chowan River, Roanoke River, and Yadkin River.

The DCR map below shows these river basins (accessed at http://www.dcr.virginia.gov/soil_and_water/wsheds.shtml).

For More Information about Virginia Waterways

Virginia Department of Conservation and Recreation, “Hydrologic Unit Geography,” online at http://www.dcr.virginia.gov/soil_and_water/hu.shtml.  This site provides detailed information on how watersheds are designated, plus access to interactive maps of Virginia’s watersheds.

Virginia Water Resources Research Center, “Divide and Confluence,” by Alan Raflo, in Virginia Water Central Newsletter, February 2000, pp. 8-11, online at https://vtechworks.lib.vt.edu/handle/10919/49316.  This is an introduction to watersheds and to Virginia’s main river basins.

All Water Radio episodes are listed by category at the Index link above (http://www.virginiawaterradio.org/p/index.html).  See particularly the see the “Rivers, Streams, and Other Surface Water” category.

Episode 419, 5-7-18, “Meet the Big Sandy Watershed, with ‘Three Forks of Sandy’ by Bobby Taylor,” focuses on the three forks of the Big Sandy River, all mentioned in this week’s episode (Levisa, Russell, and Tug).

Another episode with a baseball player connection is Episode 304, 2-22-16, “George Washington, Walter Johnson, and the Rappahannock River.”

Following are links to some other episodes on Virginia geography.

Earth Science Course
ES.8 – influences by geologic processes and the activities of humans on freshwater resources, including groundwater and major watershed systems in Virginia.

World Geography Course
WG.3 – how regional landscapes reflect the physical environment and the cultural characteristics of their inhabitants.
WG.6 – past and present trends in human migration and cultural interaction as influenced by social, economic, political, and environmental factors.