Unless otherwise noted, all Web addresses mentioned were functional as of 11-6-20.

From the Cumberland Gap to the Atlantic Ocean, this is Virginia Water Radio for the week of November 9, 2020.

This Veterans Day week, the sound of a Bald Eagle opens an audio post card for veterans and for currently serving members of the U.S. Air Force, Army, Coast Guard, Marines, Navy, Space Force, and National Guard.  In gratitude for the hard, vital work they do, here’s a medley of water-related sounds—from a mountain stream to the James River to Chesapeake Bay waves, with some weather, birds, frogs, and human activities along the way.  That’s followed by music by the Nelson County- and Charlottesville, Va.-based band Chamomile and Whiskey; I’ve chosen their song “Nelson County” to stand in for wherever service members call home.  To any veterans or active service members listening, thank you and I hope you like this!

From Virginia’s mountains to its coast, on Veterans Day and all year round we’re indebted to, and grateful for, all U.S. service members, past and present.

Thanks to Lang Elliott for permission to use the Bald Eagle sounds, from the Stokes Field Guide to Bird Songs.

Thanks also to Chamomile and Whiskey for permission to use this week’s music, and we close with the last 20 seconds of “Nelson County.”

“Nelson County,” from the 2017 album “Sweet Afton,” is copyright by Chamomile and Whiskey and County Wide Music used with permission.  More information about Chamomile and Whiskey is available online at https://www.chamomileandwhiskey.com/.  More information about County Wide Music is available online at https://countywidemusic.worldsecuresystems.com/. 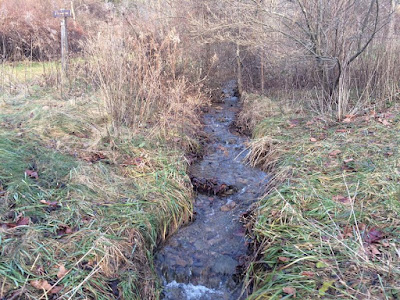 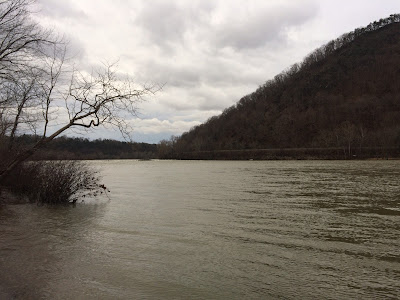 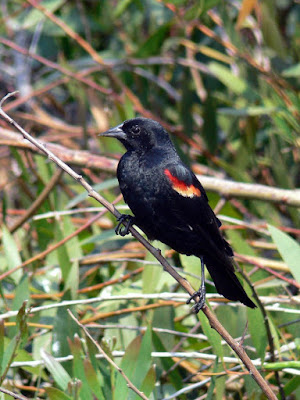 Male Red-winged Blackbird in California in 2009.  Photo by Lee Karney, made available for public use by the U.S. Fish and Wildlife Service's National Digital Library, online at https://digitalmedia.fws.gov/cdm/singleitem/collection/natdiglib/id/6889/rec/3. 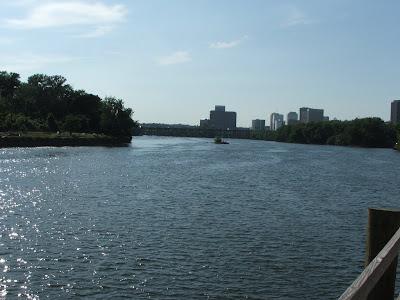 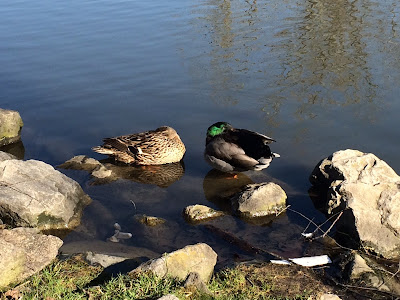 Pair of Mallards at the Virginia Tech Duck Pond in Blacksburg, March 22, 2016. 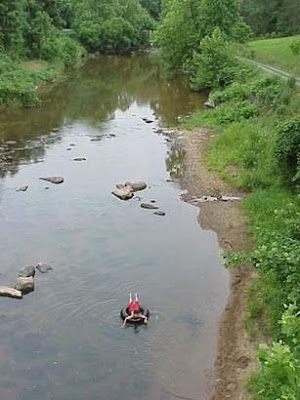 Summer on the Rockfish River in Nelson County, Va.  Photo by Michael LaChance, used with permission.

The information below on Veterans Day is quoted from the U.S. Department of Veterans Affairs, “History of Veterans Day,” online at https://www.va.gov/opa/vetsday/vetdayhistory.asp, as of 11/10/20.

“World War I—known at the time as ‘The Great War’—officially ended when the Treaty of Versailles was signed on June 28, 1919, in the Palace of Versailles outside the town of Versailles, France.  However, fighting ceased seven months earlier when an armistice, or temporary cessation of hostilities, between the Allied nations and Germany went into effect on the eleventh hour of the eleventh day of the eleventh month.  For that reason, November 11, 1918, is generally regarded as the end of ‘the war to end all wars.’

“…In November 1919, [U.S.] President [Woodrow] Wilson proclaimed November 11 as the first commemoration of Armistice Day with the following words: ‘To us in America, the reflections of Armistice Day will be filled with solemn pride in the heroism of those who died in the country’s service and with gratitude for the victory, both because of the thing from which it has freed us and because of the opportunity it has given America to show her sympathy with peace and justice in the councils of the nations…’  The original concept for the celebration was for a day observed with parades and public meetings and a brief suspension of business beginning at 11:00 a.m.

“The United States Congress officially recognized the end of World War I when it passed a concurrent resolution on June 4, 1926. …

“An Act [of Congress] (52 Stat. 351; 5 U. S. Code, Sec. 87a) approved May 13, 1938, made the 11th of November in each year a legal holiday—a day to be dedicated to the cause of world peace and to be thereafter celebrated and known as ‘Armistice Day.’  Armistice Day was primarily a day set aside to honor veterans of World War I, but in 1954, after World War II had required the greatest mobilization of soldiers, sailors, Marines, and airmen in the Nation’s history, [and] after American forces had fought aggression in Korea, the 83rd Congress, at the urging of the veterans service organizations, amended the Act of 1938 by striking out the word ‘Armistice’ and inserting in its place the word ‘Veterans.’  With the approval of this legislation (Public Law 380) on June 1, 1954, November 11th became a day to honor American veterans of all wars.”

The following information on Armed Forces Day is quoted from Joseph Andrew Lee for the USO, “When is Armed Forces Day,” May 14, 2020, online at https://www.uso.org/stories/2225-when-is-armed-forces-day.

“Armed Forces Day is celebrated on the third Saturday in May, and it is the day Americans celebrate their military.  In 2020, it falls on Saturday, May 16.

“Armed Forces Day was created on August 31, 1949, by then-Secretary of Defense, Louis Johnson, to replace separate Army, Navy, and Air Force Days.  The event stemmed from the Armed Forces’ unification under one Department of Defense by then-President Harry S. Truman when he signed the National Security Act into law on July 26, 1947.”

U.S. Department of Defense, “Our Forces,” online at https://www.defense.gov/Our-Story/Our-Forces/.

Following are links to other episodes for Veterans Day.

Grades K-5 Earth Resources
4.8 – The student will investigate and understand that Virginia has important natural resources, including watersheds and water and plants and animals.

Virginia Studies Course
VS.9 – how national events affected Virginia and its citizens.
VS.10 – knowledge of government, geography, and economics in present-day Virginia.

United States History: 1865-to-Present Course
USII.8 – economic, social, and political transformation of the United States and the world after World War II.
USII.9 – domestic and international issues during the second half of the 20th Century and the early 21st Century.