Unless otherwise noted, all Web addresses mentioned were functional as of 3-4-22.

From the Cumberland Gap to the Atlantic Ocean, this is Virginia Water Radio for the week of March 7, 2022.  This episode is the fourth in a series of episodes on water in U.S. civil rights history.

That’s part of “All Quiet Along the Potomac Tonight,” in an instrumental version by Chloe Benner and Stewart Scales.  This was a popular song during the U.S. Civil War, when the Potomac was a key border between the Union and Confederacy.  One hundred years after the end of that war, on March 7, 1965, the Edmund Pettus Bridge over the Alabama River at Selma, Alabama, was the scene of an attempted march for voting rights that was violently halted by Alabama police; that event, which has become known as “Bloody Sunday,” was a key moment in U.S. civil rights history.  In this Water Radio episode, we note eight other water-related places in this country’s civil rights history.  For each place, a guest voice will call out the name, and then I’ll give a brief description of some civil rights history connections.  One:

Virginia’s most famous river has been a focal point of indigenous tribes’ civilizations, the location of ante-bellum plantations, a route for transporting enlsaved people, an important strategic area during the Civil War, and a defining feature of the capital city Richmond throughout its complicated civil rights history.  Two:

Among its many historical aspects, the Ohio River was a boundary between slave states and free states for people using the Underground Railroad to escape slavery.  Three:

The Dismal Swamp was refuge to thousands of African Americans fleeing slavery between the 1600s and the Civil War.  Four:

Located on the Chesapeake Bay where the first enslaved Africans were brought to Virginia in 1619, Fort Monroe served as a refuge for people escaping slavery during the Civil War.  Five:

From 1862 to 1865, the “Port Royal Experiment” on South Carolina’s sea islands was an early attempt at reconstruction in the South, and it included African Americans purchasing land on plantations abandoned in the War.  Much of that land was returned to previous owners after the war, but some remained in African American families for generations.  Six:

Located on the Seneca River in New York’s Finger Lakes area, the village of Seneca Falls was the location in July 1848 of the first women’s rights convention in the United States.  Seven:

In 1905, due to race-based hotel restrictions in Buffalo, New York, the city on the Canadian side of Niagara Falls was the place where about 30 African American men, led by W.E.B. Du Bois and William Monroe Trotter, organized the Niagara Movement to advocate for full civil rights for African Americans.  And eight:

The Columbia River in Washington State was the focal point of the first U.S. Supreme Court decision addressing Native American fishing rights, in the 1905 case U.S. vs. Winans.

Thanks to Blacksburg friends for lending their voices to this introduction to some water-related geography of U.S. civil rights history.  Thanks also to Chloe Benner and Stewart Scales for this week’s music, and we close with about 20 more seconds of “All Quiet Along the Potomac Tonight.”

The version of “All Quiet Along the Potomac Tonight” heard here was performed by Chloe Benner and Stewart Scales, used with permission.  This music was used previously by Virginia Water Radio most recently in Episode 589, 8-9-21.  Information on “All Quiet Along the Potomac” and Ethel Beers, the author of the poem from which the song was derived, is available from Song of America, online at https://songofamerica.net/song/all-quiet-along-the-potomac-tonight/; and from Britannica Encyclopedia, online at www.britannica.com/EBchecked/topic/58438/Ethel-Lynn-Beers.

Thanks to four Blacksburg, Va., friends for calling out place names.

Thanks to Aaron Price, a student intern at the Virginia Water Resources Research Center in spring 2021, for providing several of the references on the use of Dismal Swamp by people escaping slavery. 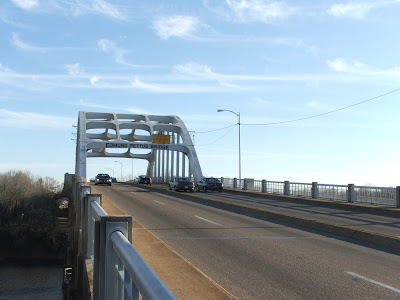 Edmund Pettus Bridge over the Alabama River at Selma, Ala., January 2008. 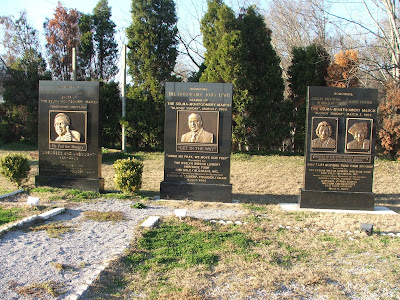 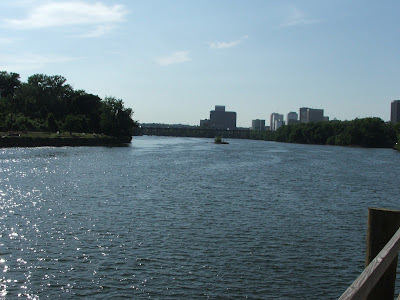 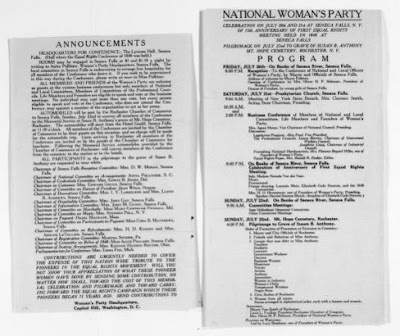 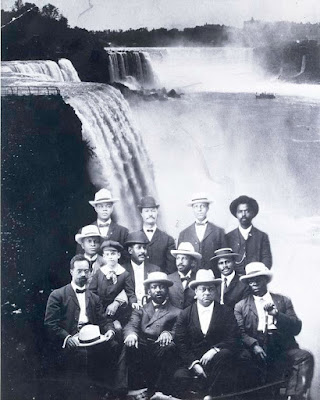 Some of the founding members of the Niagara Movement at Niagara Falls, Ontario, Canada, in 1905.  Photo accessed from the New York Public Library/Schomburg Center for Research in Black Culture, Photographs and Prints Division, Image 497501, online at https://digitalcollections.nypl.org/items/510d47db-c928-a3d9-e040-e00a18064a99, as of 3-7-22.

Used in Audio – Listed According to Place

On the Alabama River:

On the Columbia River:

Daniel Sayers, A Desolate Place for a Defiant People: The Archaeology of Maroons, Indigenous Americans, and Enslaved Laborers in the Great Dismal Swamp, 2014, accessed online through Florida Scholarship Online at this link.

Holly Prestige, At Fort Monroe, the site where the first Africans were brought to America, a memorial is being built. A Richmond supper club is helping, Richmond Times-Dispatch, August 19, 2021.

On the James River:

On the Ohio River

On the Potomac River:

Town of Seneca Falls, N.Y., “Origins of Our Name,” online at https://senecafalls.com/history/origins-of-our-name/.

This episode is part of the series, Exploring Water in U.S. Civil Rights History.  Following are links to the other episodes in the series, as of March 7, 2022.

Following are links to some other previous episodes on the history of African Americans in Virginia.

Virginia Studies Course
VS.1 – Impact of geographic features on people, places, and events in Virginia history.
VS.2 – Physical geography and native peoples of Virginia past and present.
VS.7 – Civil War issues and events, including the role of Virginia and the role of various ethnic groups.
VS.8 – Reconstruction era in Virginia, including “Jim Crow” issues and industrialization.

United States History: 1865-to-Present Course
USII.3 – Effects of Reconstruction on American life.
USII.4 – Developments and changes in the period 1877 to early 1900s.
USII.6 – Social, economic, and technological changes from the 1890s to 1945.
USII.8 – Economic, social, and political transformation of the United States and the world after World War II.
USII.9 – Domestic and international issues during the second half of the 20th Century and the early 21st Century.

Virginia and United States History Course
VUS.7 – Knowledge of the Civil War and Reconstruction eras.
VUS.13 – Changes in the United States in the second half of the 20th Century.
VUS.14 – Political and social conditions in the 21st Century.