Unless otherwise noted, all Web addresses mentioned were functional as of 2-27-21.

From the Cumberland Gap to the Atlantic Ocean, this is Virginia Water Radio for the week of March 1, 2021.

That’s part of “Wade in the Water,” arranged and performed by Torrin Hallett, a graduate student at Lamont School of Music in Denver.  The song is an African American spiritual dating back to the time of slavery in the United States and connected to the history of the Underground Railroad and efforts by slaves to escape.

This week, Virginia Water Radio embarks on a new, multi-episode endeavor: exploring connections of water to the history of civil rights in the United States.  When completed, the series of episodes will be posted together as a thematic package available online at virginiawaterradio.org.  This week’s overview episode provides an introduction to the topic of civil rights and to the kinds of water connections the series will explore.

The Georgetown Law Library defines civil rights as those rights derived by being a legal member of a given political state.  Georgetown identifies the following as key civil rights in the United States: protection from discrimination, free speech, due process, equal protection of the laws, and the right against self-incrimination.

This Water Radio series will explore how water has been part of the history of Americans seeking, acquiring, or maintaining civil rights.  The episodes will include three main topic areas: 1) water in metaphors, symbolism, and other cultural references; 2) access to, and interactions with, water; and 3) the roles of rivers and other water places.

For this series, I hope to find and present information that’s interesting and valuable for Virginia citizens.  I invite you to have a listen to what gets discovered and to let me know what you think of it.

Thanks to Torrin Hallett for this week’s music, and we close with the final 35 seconds of his arrangement of “Wade in the Water.”

The “Wade in the Water” version heard in this episode is copyright 2021 by Torrin Hallett, used with permission.  Torrin is a 2018 graduate of Oberlin College and Conservatory in Oberlin, Ohio, and a 2020 graduate in Horn Performance from Manhattan School of Music in New York.  As of 2020-21, he is a performance certificate candidate at the Lamont School of Music at the University of Denver.  More information about Torrin is available online at https://www.facebook.com/torrin.hallett.  Thanks very much to Torrin for creating this arrangement especially for Virginia Water Radio.

Following are other music pieces composed by Torrin Hallett for Virginia Water Radio, with episodes featuring the music.
“A Little Fright Music” – used in Episode 548, 10-26-20, on water-related passages in fiction and non-fiction, for Halloween. 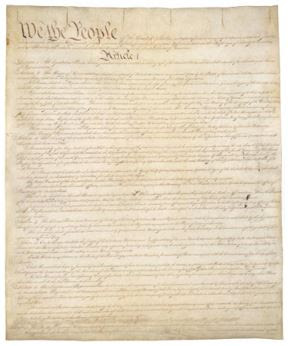 LaNika Barnes, “The Psychological Impact of Jim Crow and H2O (Water)”, Teachers in the Movement blog, October 22, 2019, online at https://teachersinthemovement.com/wade-in-the-water-the-psychological-impact-of-jim-crow-and-h20-water/.

NPR and Smithsonian Institution, “Wade in the Water” (26-part series produced in 1994 on the history of American gospel music), online at https://www.npr.org/series/726103231/wade-in-the-water.

This episode is part of the series Exploring Water in U.S. Civil Rights History.  As of August 23, 2021, other episodes is the series are as follows:


Following are links to some previous episodes on the history of African Americans in Virginia.

Following is a link to a previous episode on Virginia’s indigenous peoples.

Grades K-3 Civics Theme
3.12 – importance of government in community, Virginia, and the United States.
3.13 – people of America’s diversity of ethnic origins, customs, and traditions, under a republican form of government with respect for individual rights and freedoms.

Virginia Studies Course
VS.1 – impact of geographic features on people, places, and events in Virginia history.
VS.7 – Civil War issues and events, including the role of Virginia and the role of various ethnic groups.
VS.8 – Reconstruction era in Virginia, including “Jim Crow” issues and industrialization.
VS.10 – knowledge of government, geography, and economics in present-day Virginia.

United States History: 1865-to-Present Course
USII.3 – effects of Reconstruction on American life.
USII.4 – developments and changes in the period 1877 to early 1900s.
USII.6 – social, economic, and technological changes from the 1890s to 1945.
USII.8 – economic, social, and political transformation of the United States and the world after World War II.
USII.9 – domestic and international issues during the second half of the 20th Century and the early 21st Century.