Unless otherwise noted, all Web addresses mentioned were functional as of 9-20-19.

From the Cumberland Gap to the Atlantic Ocean, this is Virginia Water Radio for the week of September 23, 2019.

This week, in a revised September 2014 episode, we feature a song about a Virginia-born river pirate who became infamous in 1790s and early 1800s.  Have a listen for about 60 more seconds.

MUSIC - ~64 sec – “Samuel Mason, that is my name. I left Fort Henry seeking fortune and fame. I came from Virginia a long time ago, but now I am a pirate along the Ohio.” - (Instrumental break) - “Murder and robbery, those are my crimes. I’ll lure you in with women and wine. Hurricane Island seals your fate, for from this shore there is no escape.”

You’ve been listening to part of “Samuel Mason,” by Andrew and Noah VanNorstrand, from their 2010 album, “All the Good Summers,” on Great Bear Records.  Born in Norfolk in 1739, Samuel Mason was a Revolutionary War soldier and a farmer on the western Virginia frontier.  But he was known for criminal activities, and in the 1790s he became one of the most notorious pirates targeting riverside dwellers and flatboat traffic on the Ohio and Mississippi Rivers as well as land travelers along the Natchez Trace in Mississippi and Tennessee.

Mason’s killing in 1803—by fellow pirates seeking reward money—helped lead to the end of well-organized piracy on the Ohio and other waterways on the early-U.S. frontier.  But that by-gone era was, unfortunately, only a part of the long, tragic history of piracy that continues in the 21st Century on oceans and seas.  For example, in 2018 the International Maritime Organization received 223 reports worldwide of piracy and armed robbery against ships.

Thanks to Andrew and Noah VanNorstrand for permission to use this week’s music, and we close with about 20 more seconds of “Samuel Mason.”

“Samuel Mason” and “All the Good Summers” are copyright by Andrew and Noah VanNorstrand and Great Bear Records, used with permission.  This music is also featured in Virginia Water Radio Episode 422, 5-28-18, on Virginia connections to the Ohio River Valley.  More information about Andrew and Noah is available online at https://andrewandnoah.bandcamp.com/. 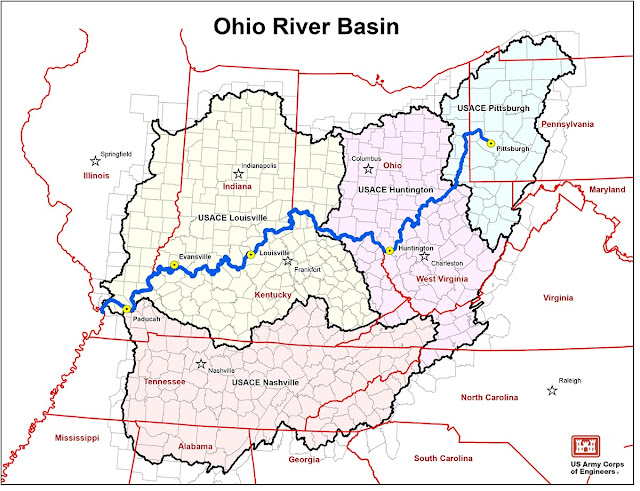 Map of Ohio River basin, showing the start of the main stem of the river (marked in bold blue) at Pittsburgh, Penn., and its confluence with the Mississippi River in southern Illinois.  Image from the U.S. Army Corps of Engineers/Huntington, West Va., District, “Ohio River Basin,” online at https://www.lrh.usace.army.mil/Missions/ORBA/.\ 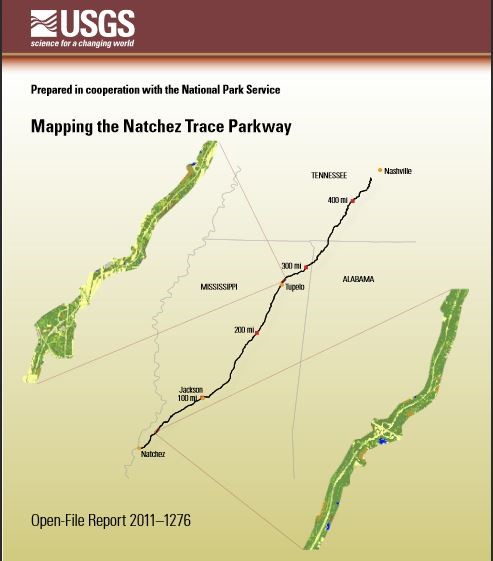 EXTRA INFORMATION ABOUT SOME PLACES CONNECTED TO SAMUEL MASON

Cave-in-Rock – A large cave in bluffs above the Ohio River in southern Illinois; now part of an Illinois state park.  The location was associated with pirates and other criminals who operated along the Ohio and Mississippi rivers in the late 1700s and early 1800s.  Samuel Mason may have operated out of this area for some period of time.

Hurricane Island – an Ohio River island located near Tower Rock (on the Illinois side of the Ohio).  Some authors claim that Samuel Mason used the island as part of hits piracy operations on the Ohio, as mentioned in the music excerpt in this week’s Virginia Water Radio episode.

Natchez Trace – An over 400-mile-long footpath running from Natchez, Mississippi, through that state, part of Alabama, and western Tennessee to Nashville.  It was particularly important in the 1700s and 1800s as a return route for return travelers after going downstream on the Ohio and Mississippi rivers to New Orleans.  Part of Samuel Mason’s operations targeted travelers on this route.  It’s now included in the Natchez Trace National Scenic Trail, managed by the National Park Service.

Red Banks, Ky. – A 17th- and 18th-Century village along the Ohio River, now the location of Henderson, Ky.  In the 1790s, Red Banks served as the center of Samuel Mason’s pirate operations on the Ohio River.

Sources marked with an asterisk were used for the Extra Information section directly above.

*Mark J. Wagner and Mary R. McCorvie, “Going to See the Varmint: Piracy in Myth and Reality on the Ohio and Mississippi Rivers, 1785-1830,” in X Marks the Spot: The Archeology of Piracy, Russell K. Skowronek and Charles R. Ewen, eds., University of Florida Press, 2006.

Following are links to some other episodes on Virginia’s connections to the Ohio River its watershed, including Virginia rivers in that watershed.

Virginia Studies Course
VS.1 – impact of geographic features on people, places, and events in Virginia history.
VS.6 – role of Virginia in establishment of the nation (including migration of Virginians into other states in 1800s).

United States History to 1865 Course
USI.2 – major land and water features of North America, including their importance in history.
USI.5 – factors that shaped colonial America and conditions in the colonies, including how people interacted with the environment to produce goods and service.
USI.8 – westward expansion and reform in America from 1801—1861.