Episode 506 (1-6-20): Action on Budget, Bills, and Other Business Commences January 8 for the 2020 Virginia General Assembly

Unless otherwise noted, all Web addresses mentioned were functional as of 1-3-20.

From the Cumberland Gap to the Atlantic Ocean, this is Virginia Water Radio for the week of January 6, 2020.

This week is our annual preview of the Virginia General Assembly, which convenes this year on January 8 and is scheduled to adjourn on March 7.  We start by dropping in on some of the work that went on before the opening gavel of the 2020 Assembly.  Have a listen for about 35 seconds.

“Good morning. I’m Delegate Nick Rush.  I represent the 7th District, that’s Montgomery, Pulaski, and Floyd counties.  As Charles [Delegate Charles Poindexter] and Bill [Senator William Carrico] said, we’re here for the public hearing.  We’re happy so many folks showed up today. … Know that this is the governor’s budget; it is not the House of Delegates’, Senator Carrico’s, or Charlie Poindexter’s budget.  And so we’re here to hear your comments, and then take those—as we’ve done over the last decades—to Richmond to represent your views.  Thank you all for coming.”

You’ve been listening to Virginia House of Delegates member Nick Rush during a January 2, 2020, public hearing in Blacksburg on Governor Ralph Northam’s proposed biennial state budget.  That hearing was one of four held around the state that day, following presentation of the governor’s budget in December.  Proposals from the governor and legislators’ forums for public input are two kinds of activities leading up to a General Assembly session.  Other activities include studies conducted during the year as called for by a previous General Assembly; meetings by various legislative committees and commissions, such as the State Water Commission, to consider issues for possible legislation; and pre-filing of measures by Assembly members—for example, as of January 3, almost 800 bills or resolutions had already been introduced for the 2020 session.

Once a session begins, typically over 2000 bills and resolutions will be considered, along with the budget.  Probably 100 to 200 of those measures will relate to water resources, either directly, through impacts on aquatic life, water supply, or other water uses; or indirectly, through land uses that affect water.  The budget also affects water, particularly through funding of water-related departments, such as Conservation and Recreation, Environmental Quality, Game and Inland Fisheries, and the Marine Resources Commission.

Action on measures in the General Assembly involves sub-committees, full committees, and floor debate, and passed bills go to the governor for approval, veto, or proposed changes.  All along the way, citizens, interest groups, and other stakeholders vie to have a say through information and opinions.  You can join in by following the Assembly’s work and by communicating with your local delegate or senator about issues of concern.  Tools to help you do so are available online at virginiageneralassembly.gov.

We close with part of a song whose title recalls what many people at the Virginia General Assembly are aiming to do for their particular issues.  Here’s some of “Try to Change It,” by Bob Gramann of Fredericksburg.

“Try to Change It,” from the 2001 album “See Farther in the Darkness,” is copyright by Bob Gramann, used with permission.  More information about Bob Gramann is available online at https://www.bobgramann.com/folksinger.html. 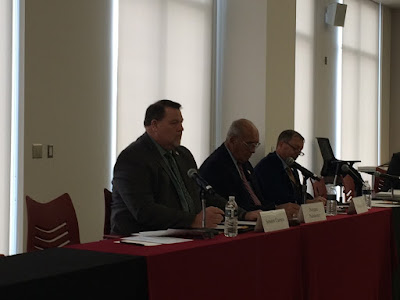 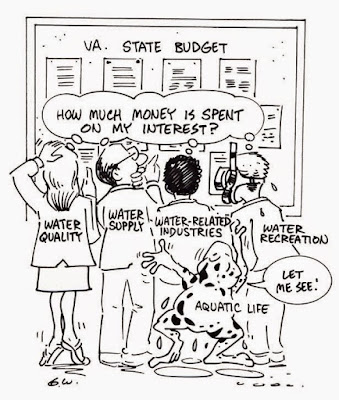 Virginia Legislative Information System, online at https://lis.virginia.gov/lis.htm.  This site provides lists and summaries of all bills, searchable by topic, member, committee, etc.  As of January 3, 2020, “Session Statistics,” online at https://lis.virginia.gov/cgi-bin/legp604.exe?201+oth+STA, listed 795 House or Senate bills, resolutions, or joint resolutions introduced for the 2020 session.

To express an opinion on legislation, citizens are requested to contact their respective delegate of senator.  If you do not know your representatives or their contact information, you can use the online “Who’s My Legislator” service, available at http://whosmy.virginiageneralassembly.gov/.  You can find members’ contact information at these links:
House: http://virginiageneralassembly.gov/house/members/members.php;
Senate: https://apps.senate.virginia.gov/Senator/index.php.

The Lobbyist-In-A-Box subscriber service also offers free tracking for up to five bills, and it offers tracking of more than five bills for a fee; visit http://lis.virginia.gov/h015.htm.  For assistance, phone Legislative Automated Systems at (804) 786-9631.

Virginia Water Central News Grouper posts on the Virginia General Assembly are available online at https://vawatercentralnewsgrouper.wordpress.com/?s=General+Assembly.   Items are categorized by the year of each session, from 2012 to 2020.

Following are links to previous episodes on the Virginia General Assembly.