Unless otherwise noted, all Web addresses mentioned were functional as of 4-24-20.

From the Cumberland Gap to the Atlantic Ocean, this is Virginia Water Radio for the week of April 27, 2020.

This week, the sounds of an electricity transmission line and the James River serve to remind us that energy use, including electricity generation, is closely linked with water resources.  As stated by the U.S. Geological Survey, “Energy is required to withdraw, transport, and treat water for human consumption, [and] water is required to extract and process fossil fuels…; .grow biofuels…; and…cool thermoelectric power plants….”  In Virginia, thermoelectric power generation is by far the largest single use of surface water withdrawals. [Ed. note not in audio, added 4/27/20: Moreover, the global water cycle is predicted to be affected by climate changes attributed to fossil fuel use for energy.]

Recently some far-reaching decisions were made affecting Virginia’s energy, water and other natural resources, and economy.  Have a listen for about 15 seconds to some sounds connected to those decisions.

The 2020 Virginia General Assembly passed [and the governor approved] two major acts affecting electricity generation, carbon emissions from that generation, and responses to recurrent or repetitive flooding.  The more complex of the two is the Virginia Clean Economy Act, which was House Bill 1526 and identical Senate Bill 851.  With a summary running to over 1200 words, this act is big, detailed, and historic.  Here are six major things the act does.

1. Changes from voluntary to mandatory the renewable-energy portfolio standard for Dominion Energy Virginia and American Electric Power, or AEP, requiring those companies to produce 100-percent carbon-emission-free electricity by 2045 and 2050, respectively.

2. Sets an energy-efficiency standard and requires Dominion and AEP to make annual improvements toward that standard.

4. Increases the allowances on electricity generation by utility customers.

The second major law is the Clean Energy and Community Flood Preparedness Act, which was House Bill 981 and identical Senate Bill 1207.  This act has two major components.  First, it establishes a carbon dioxide cap-and-trade program, intended to reduce carbon emissions from electricity-generating plants, in compliance with the Regional Greenhouse Gas Initiative, which currently includes 10 mid-Atlantic and New England states.  Second, it changes the current Shoreline Resiliency Fund to the Community Flood Preparedness Fund, as a low-interest loan program for inland and coastal communities that experience recurrent flooding, with the program to be funded by the sale of emission allowances from the carbon cap-and-trade program.

These acts passed by relatively close margins, they’ll be complicated to implement, and they’ll probably continue to generate considerable debate.  You can find more details about these acts aand all General Assembly legislation at the Legislative Information System Web site, lis.virginia.gov, or from your local delegate or state senator. 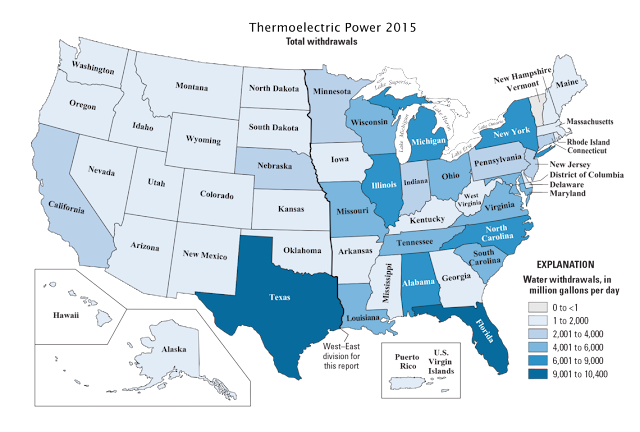 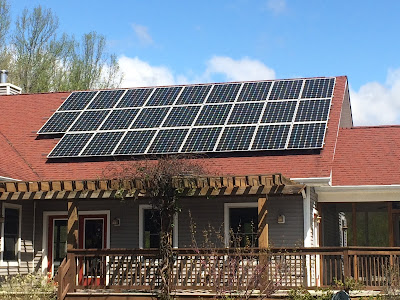 Solar panels on a neighborhood building in Blacksburg, Va., April 27, 2020. 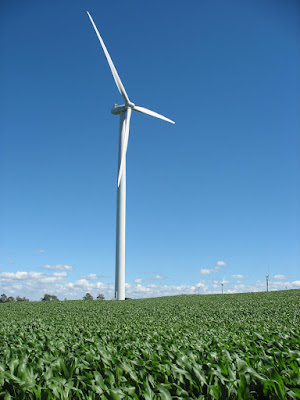 Wind turbine in Wyoming, 2014.  Photo by Paul Cryan, made available on the U.S. Geologcial Survey (USGS) Multimedia Gallery, online at https://www.usgs.gov/products/multimedia-gallery/overview; specific URL for this image is https://www.usgs.gov/media/images/a-lone-wind-turbine, as of 4/27/20.

“Clean Energy and Community Flood Preparedness Act; fund. Directs the Department of Environmental Quality to incorporate into regulations previously adopted by the State Air Pollution Control Board certain provisions establishing a carbon dioxide cap and trade program to reduce emissions released by electric generation facilities. Such provisions are required to comply with the Regional Greenhouse Gas Initiative model rule. The bill authorizes the Director of the Department of Environmental Quality to establish, implement, and manage an auction program to sell allowances into a market-based trading program. The bill requires revenues from the sale of carbon allowances, to the extent permitted by Article X, Section 7 of the Constitution of Virginia, to be deposited in an interest-bearing account and to be distributed without further appropriation (i) to the Virginia Community Flood Preparedness Fund; (ii) to the Department of Housing and Community Development for low-income energy efficiency programs; (iii) for administrative expenses; and (iv) to the Department of Housing and Community Development in partnership with the Department of Mines, Minerals and Energy to administer and implement low-income energy efficiency programs. The bill authorizes any locality using moneys in the Fund to provide a loan for a project in a low-income geographic area to forgive the principal of such loan, with the obligation of the locality to repay the loan remaining in effect. The bill also provides that if the Governor seeks to include the Commonwealth as a full participant in the Regional Greenhouse Gas Initiative, the regulations shall require that certain purchasers be responsible for obtaining allowances under certain agreements. The bill authorizes the costs of allowances to be recovered by Phase I and Phase II Utilities from ratepayers and continues the Virginia Shoreline Resiliency Fund as the Virginia Community Flood Preparedness Fund for the purpose of creating a low-interest loan program to help inland and coastal communities that are subject to recurrent or repetitive flooding.”

U.S. Geological Survey, “Water Use Data for Virginia,” online at https://waterdata.usgs.gov/va/nwis/water_use/.  According to this source, water withdrawals in Virginia in 2015 were about 5300 million gallons per day (MGD) for thermoelectric power generation, while withdrawals were about 1290 MGD combined for public water supply, industrial use, mining, livestock, aquaculture, and irrigation.

U.S. Geological Survey, “The Water-Energy Nexus: An Earth Science Perspective,” 4/10/15, online at https://www.usgs.gov/news/water-energy-nexus-earth-science-perspective.  This is the source of the quote used in this episode’s audio. The full quote is as follows: “Water and energy resources are linked in the most basic ways. Energy is required to withdraw, transport, and treat water for human consumption. A rural homeowner who looks out at his or her backyard might be able to see the electrical pump that withdraws water from underground; an urban dweller can appreciate the energy it takes to operate a large water treatment plant. At the same time, water is required to extract and process fossil fuels (e.g. mining coal or hydraulic fracturing for oil or natural gas); to grow biofuels (corn or sugar cane for ethanol); and to cool thermoelectric power plants that produce electricity.”

Virginia Water Resources Research Center inventories of water-related legislation for each session from 1998 through 2020 are available online at https://www.vwrrc.vt.edu/virginia-water-legislation/.

Virginia Water Central News Grouper posts on the Virginia General Assembly are available online at https://vawatercentralnewsgrouper.wordpress.com/?s=General+Assembly.  Items are categorized by the year of each session, from 2012 to 2020.

An overview of environmental legislation in the 2020 Virginia General Assembly is available in Virginia legislature wraps of session packed with environmental issues, by Jeremy Cox and Whitney Pipkin, Bay Journal, 3/17/20.

All Water Radio episodes are listed by category at the Index link above (http://www.virginiawaterradio.org/p/index.html).  See particularly the “Community/Organizations” and “Energy” subject categories.

Following are links to other episodes on electric power generation.

Earth Science Course
ES.6 – renewable vs. non-renewable resources (including energy resources).
ES.8 – influences by geologic processes and the activities of humans on freshwater resources, including identification of groundwater and major watershed systems in Virginia, with reference to the hydrologic cycle.

2015 Social Studies SOLs
Grades K-3 Economics Theme
3.8 – understanding of cultures and of how natural, human, and capital resources are used for goods and services.

United States History: 1865-to-Present Course
USII.9 – domestic and international issues during the second half of the 20th Century and the early 21st Century.

World Geography Course
WG.2 – how selected physical and ecological processes shape the Earth’s surface, including climate, weather, and how humans influence their environment and are influenced by it.
WG.4 – types and significance of natural, human, and capital resources.