All Web addresses mentioned were functional as of 12-23-16.

From the Cumberland Gap to the Atlantic Ocean, this is Virginia Water Radio for the week of December 26, 2016.

This week, we look back on 2016 with a medley of mystery sounds. Have a listen for about 60 seconds, and see if you can identify these sounds from the past year of Virginia Water Radio.

If you guessed all these, you’re a 2016 water wizard! The sounds were words for snow in French, Italian, and Spanish; a spectrometer used to measure greenhouse gases in soil; Passage Creek in Shenandoah County’s Fort Valley; the Ruddy Turnstone, a kind of shorebird; the Barking Treefrog; the names of several kinds of Chesapeake Bay submerged aquatic plants; dissolved gases bubbling up from the bottom of a pond; stormwater during an unusually heavy September rain; and waves at York River State Park.

Thanks to Blacksburg friends for the snow words; to Lang Elliott for the Ruddy Turnstone sound; to Mr. Elliott and the Virginia Department of Game and Inland Fisheries for the Barking Treefrog sound; and to students at Achievable Dream High School in Newport News for the Chesapeake Bay plant names.

I hope that during this past year, your ears were treated to sounds of clean, adequate water; healthy aquatic life; and safe water fun.

We close out 2016 with a 60-sec sample of music heard on Virginia Water Radio this year, courtesy of The Steel Wheels, No Strings Attached, and Torrin Hallett.

MUSIC - ~ 58 sec – Excerpts of “Rain in the Valley,” by The Steel Wheels; “Flying Cloud Reel,” by No Strings Attached; “Geese Piece,” by Torrin Hallett.

The spectrometer for measuring greenhouse gases in soil samples was recorded on April 13, 2016, at the water-quality lab of Virginia Tech’s Biological Systems Engineering Department, courtesy of Tyler Weiglein. This sound was part of Episode 312, 4-18-16.

The sound of the Ruddy Turnstone was taken from the Stokes Field Guide to Bird Songs-Eastern Region CD set, by Lang Elliott with Donald and Lillian Stokes (Time Warner Audio Books, copyright 1997), used with permission of Lang Elliott, whose work is available online at the “Music of Nature” Web site, http://www.musicofnature.org/. This sound was part of Episode 315, 5-9-16.

The sound of the Barking Treefrog was taken from “The Calls of Virginia Frogs and Toads” CD, copyright 2008 by the Virginia Department of Game and Inland Fisheries and Lang Elliott/NatureSoundStudio, used with permission. For more information on the CD, see https://www3.dgif.virginia.gov/estore/proddetail.asp?prod=VW252. This sound was part of Episode 319, 6-6-16.

The names of Chesapeake Bay submerged aquatic vegetation, or “Bay grasses,” were recorded on July 13, 2016, at Virginia Tech in Blacksburg by visiting students from Achievable Dream High School in Newport News. More information about Achievable Dream schools in Newport News is available online at http://achievabledream.nn.k12.va.us/. These sounds were part of Episode 325, 7-18-16.

“Rain in the Valley” is from The Steel Wheels’ 2012 album, “Lay Down, Lay Low,” used with permission. More information about The Steel Wheels is available online at http://www.thesteelwheels.com/. This music was used in Episode 328, 8-8-16, on flash flooding.

“Flying Cloud Reel/Rusty Piper,” by No Strings Attached, is from the 1999 album “In the Vinyl Tradition—Volume I,” from Enessay Music, used with permission. More information about No Strings Attached is available online at http://www.enessay.com/. This music was part of Episode 315, 5-9-16, on sandpipers.

“Geese Piece,” composed for Virginia Water Radio, is copyright 2016 by Torrin Hallett, used with permission. More information about Mr. Hallett is available at his Web site, http://www.torrinjhallett.com/. The music was used in Episode 335, 9-26-16, on Canada Geese. 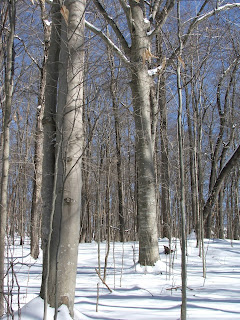 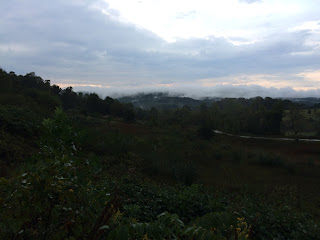 This episode may help with Virginia 2013 Music SOLs at various grade levels that call for “examining the relationship of music to the other fine arts and other fields of knowledge.”

The episodes listed and hyperlinked above under Audio Notes and Acknowledgments may help with various SOLs in Science and Social Studies. For specific SOLs, please see the online show notes for each episode.

Virginia’s SOLs are available from the Virginia Department of Education, online at http://www.doe.virginia.gov/testing/.
Posted by Alan Raflo at 10:56 AM