Except as otherwise noted, all Web addresses mentioned were functional as of 12-21-18.

From the Cumberland Gap to the Atlantic Ocean, this is Virginia Water Radio for the week of December 24, 2018.

This week, we look back on 2018 with a medley of mystery sounds.  Have a listen for about 80 seconds, and see if you can identify these sounds from the past year of Virginia Water Radio.

If you guessed all these, you’re an H20 super-hero!  The sounds were [the following:]
ice skaters;
Virginia Tech graduate student Brynn O’Donnell discussing buried urban streams;
spring rain;
a Spring Peeper:
a Killdeer;
an American Toad:
Virginia high school students stating water issues of concern to them;
a Marsh Wren;
Virginia Tech freshwater mussel researcher Jess Jones during a mussel release into the Clinch River;
Krista Hodges of the Dan River Basin Association talking to elementary school children about Trout in the Classroom;
a Wood Duck; and
a Common Loon.

Thanks to Lang Elliott for the bird sounds, and to the various people mentioned for lending their voices to episodes this year.

I hope that during the year you heard lots of water-related sounds, especially the sounds of clean, adequate water; healthy aquatic life; and safe water fun.

We close out 2018 with a 90-second sample of music heard on Virginia Water Radio this year. Here are short excerpts of
“The Barns,” by Bob Gramann;
“Sandy Boys,” by Sara Grey;
“Find Your Mountain,” by The Steel Wheels;
“Prettiest Marsh,” by Teresa Whittaker;
“Solitude,” by Bob Gramann; and
“Renewal” by Sweet Chalybeate.

Thanks to these musicians for permission to use these pieces.  And to 2018: so long, soon, and thanks for the water!

Comments by Virginia Tech graduate student Brynn O’Donnell on her research on ghost streams”—streams underneath urban pavement—were featured in Episode 409, 2-26-18.

The voices of Virginia students calling out water-resources issues of concern were recorded on April 21, 2018, at Kids Tech University Graduate School, conducted by Virginia Tech’s Biocomplexity Institute; these students were featured in Episode 418, 4-30-18.

Comments by Jess Jones, a freshwater mussel biologist with the U.S. Fish and Wildlife Service and the director of Virginia Tech’s Freshwater Mollusk Conservation Center, were recorded on July 13, 2018, during a release of hatchery-raised mussels into the Clinch River near Bennett Island in Russell County, Va.  The release was the focus of Episode 435, 8-27-18.  That episode was the last in a series of four episodes in August 2018 on freshwater mussel biology and restoration into Virginia rivers.

Comments by Krista Hodges, the education manager for the Dan River Basin Association, were recorded in February 2018 as part of Trout in the Classroom participation by Woolwine Elementary School in Patrick County, Va.; the program was the focus of Episode 439, 9-24-18.

“The Barns,” from the 2001 album “See Further in the Darkness,” is copyright by Bob Gramann, used with permission.  More information about Bob Gramann is available online at https://www.bobgramann.com/folksinger.html.  This music was used in Episode 444, 10-29-18.

The performance of “Sandy Boys” by Sara Grey, from the 2009 album also called “Sandy Boys,” is copyright by Fellside Records, used with permission.  More information about Sara Grey is available online at http://www.saragrey.net/.  This music was used in Episode 439, 9-3-18.

“Find Your Mountain,” from the 2015 album “Leave Some Things Behind,” is copyright by The Steel Wheels, used with permission.  More information about The Steel Wheels is available online at http://www.thesteelwheels.com/.  This music was used in Episode 425, 6-18-18.

“The Prettiest Marsh,” from the 2012 album and songbook “Singing the Chesapeake,” is copyright by Teresa Whitaker and Frank Schwartz, used with permission.  More information about Ms. Whitaker and Mr. Schwartz is available online at https://www.facebook.com/Teresa-Whitaker-Frank-Schwartz-162112866077/.  “Singing the Chesapeake” is songbook and album collection of songs by Tom Wisner, Mark Wisner, and Teresa Whitaker, published by Finding Home Productions, online at www.findinghomeproductions.com.  More information about Tom Wisner is available from the Smithsonian Folkways “Artist Spotlight” at http://www.folkways.si.edu/explore_folkways/tom_wisner.aspx.  This music was used in Episode 429, 7-16-18.

“Renewal,” copyright 2017, was written and performed by high school students at World Community Education Center, an independent K-12 school in Bedford, Va., with instrumentals by Anne Elise Thomas and Dan Dunlap; used with permission.  More information about the group Sweet Chalybeate, which includes Ms. Thomas and Mr. Dunlap, is available online at http://www.sweetchalybeate.com/.  This music was used in Episode 435, 8-27-18. 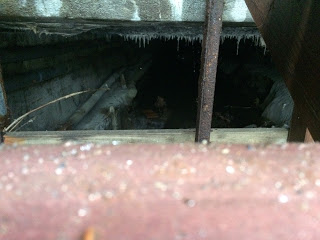 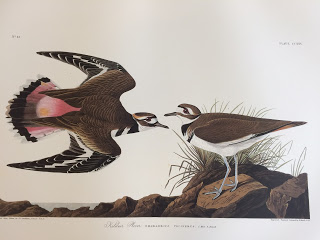 From Episode 411, 3-12-18: Kildeer Plover (now known as Killdeer) painting originally published between 1827 and 1838 by John James Audubon in Birds of America (plate CCXXV [225]), as reprinted in 1985 by Abbeville Press, New York. Photo taken March 7, 2018, from the reprint copy (no. 6 of 350 copies printed in 1985) owned by Special Collections of Virginia Tech Libraries.  Virginia Water Radio thanks Special Collections for permission to photograph their copy and for their assistance. 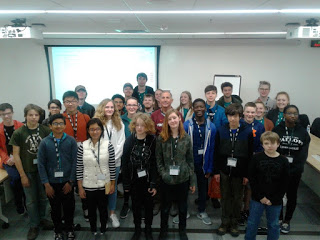 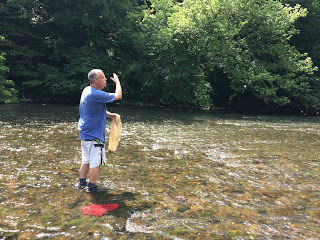 This episode may help with Virginia 2013 Music SOLs at various grade levels that call for “examining the relationship of music to the other fine arts and other fields of knowledge.”

The episodes listed and hyperlinked above under “Audio Notes and Acknowledgments” may help with various SOLs in Music, Science, and Social Studies.  For specific SOLs, please see the online show notes for each episode.